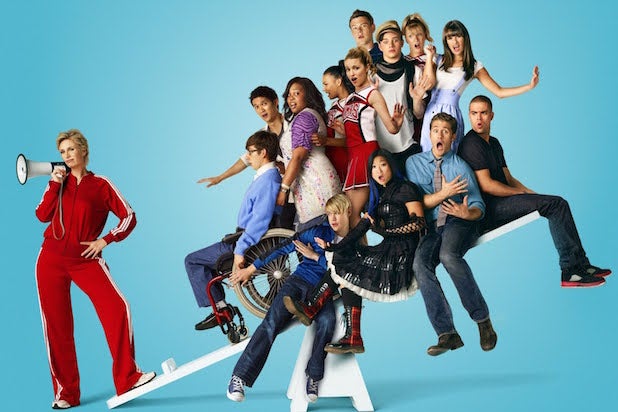 The other day I jokingly tweeted that I couldn’t even assign a story written about Fox’s “Glee,” because no one in TheWrap newsroom watched the show anymore.

Just a few years ago, a joke like that would’ve resulted in a whole lot of angry tweets. Part of me expected to get slammed, but that didn’t happen.

The truth is that “Glee” will be ending its six-season run Friday and most of us won’t even notice that it has uttered its last shrill note. Ryan Murphy‘s high school musical world has drifted far, far from most people’s consciousness.

I’m not just saying that because I don’t watch the show or because my Twitter feed full of fellow TV reporters, critics and fans is pretty quiet on the “Glee” mentions or even that I didn’t receive one hate tweet about my joke the other day.

We have numbers to prove how little interest there is in the show.

At its height during Season 2, “Glee” was attracting more than 10 million viewers. In 2011, Fox gave it the coveted post-Super Bowl slot and handed it 39 million viewers. That was its heyday.

“Gleeks” were everywhere and drove humongous traffic on any news story about the show. That would force us in the media to fight for whatever scraps that Fox would throw us: exclusive photos, video, audio, cast interviews and those big Ryan Murphy executive producer interviews.

That was when one wouldn’t dare say a bad word about the show on social media — unless you wanted people to unfollow you by the dozens and tweet you out of existence with their defense of the show.

But, I haven’t always been totally immune from “Glee’s” charms — and, yes, it had many: yanking on our heartstrings, the epic music and the edgy storylines ripe with social issues, before the “Hunger Games” of casting reshaped the cast and when the death of Cory Monteith, one of its largest stars would’ve seemed impossible.

What Murphy brought together in that fresh-faced and diverse cast was truly magical. Every viewer could find something they related to in one or more of those uber-talented kids. And if there’s one thing I will never underestimate, it’s the power of feeling represented — especially on such a powerful and widespread medium as television.

So it may not be the brightest of ends for a show that once shone very bright, but there are plenty of Gleeks — both lapsed like me and current — that found something in that show to sing about.

Cory Monteith: A Life and Career In Pictures (Photos)

The actor was found dead in a Vancouver hotel on Saturday

Jethro Nededog is TheWrap's TV Editor. He has covered television at The Hollywood Reporter, LA Times, Zap2it and Metromix. Previously, he wrote and produced documentary TV for National Geographic, History, Discovery, E! and the TV Guide Network. He has a BA in journalism from NYU and an MA in writing from USC. His TV passions include trashy reality TV, soapy dramas, sci-fi and he would never turn away a “Cosby Show” rerun. He can be reached at [email protected] or on Twitter at @therealjethro.
KEEP READING..