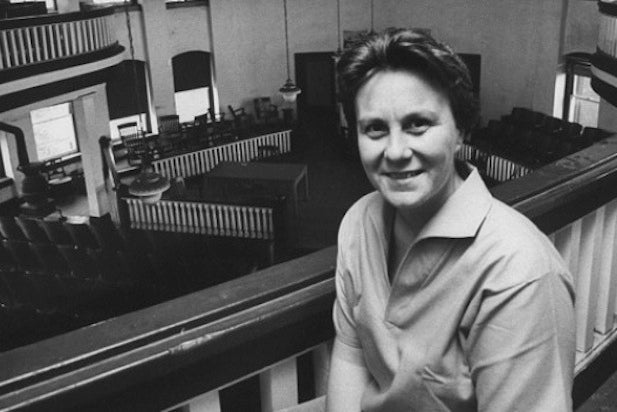 The recent news that author Harper Lee has settled a lawsuit to reclaim the copyright to her Pulitzer Prize-winning “To Kill a Mockingbird” reminded me of a story I wrote back in 1963 for Rogue magazine.

Lee had flown into Chicago for a one-day stint to help promote the movie adaptation of her novel. Here’s my account of the surreal interrogation she had to endure in the name of publicity back then:

At 10 A.M., 11 members of the local press gathered in a plush suite at the Ambassador East to meet LEE. Some 15 minutes later the local public-relations man for the movie, all a-smile, came bouncing in to announce, “Miss Hunter will be down in just a few minutes.” 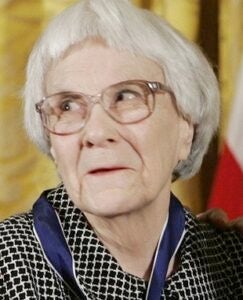 PR man (embarrassed): “Oh, Ross Hunter is a big man on our lot, so I always think of him.” He laughs nervously. “But you don’t have to mention that.” He tittered again, then launched into the anthem of the hour. “I wanna say a few words about ‘To Kill a Mockingbird,’ it is such a beautifully done picture. But I’m not talking as a press agent now. So believe me when I say it’s one of my favorite pictures of all time.”

Moments later, Lee arrived. She is 36 years old, tall, and a few pounds on the wrong side of Metrecal. She has dark, short-cut, uncurled hair; bright, twinkling eyes; a gracious manner and Mint Julep diction.

REPORTER: Have you seen the movie?

LEE: Yes. Six times. (It was soon learned that she feels the film did justice to the book, and though she did not have script approval, she enjoyed the celluloid treatment with “unbridled pleasure.”)

REPORTER: What’s going to happen when it’s shown in the South?

LEE: I don’t know. I wondered the same thing when the book was published. But the publisher said not to worry, because no one can read down there.

PR MAN: It opened in Florida –

REPORTER: One of your sisters is a lawyer. Is she a criminal lawyer?

LEE (deadpan): She s not a criminal, no.

REPORTER: You studied law, too, didn’t you?

LEE: Yes. For three years. I had to study something in college, and I grew up in a legal household. (Her father, like the hero of ‘Mockingbird,’ is also a lawyer.) The minute, though, that I started to study law, I loathed it. I always wanted to be a writer.

REPORTER: How did the lawyers you know like the book ?

REPORTER: I understand that Gregory Peck, after seeing his straight dramatic performance in ‘Mockingbird,’ says he will no longer do romantic leads.

LEE: Maybe he liked himself in glasses.

REPORTER: When you wrote the book, did you hold yourself back?

LEE (patiently): Well, sir, in the book I tried to give a sense of proportion to life in the South, that there isn’t a lynching before every breakfast. I think that Southerners react with the same kind of horror as other people do about the injustice in their land. In Mississippi, people were so revolted by what happened, they were so stunned, I don’t think it will happen again.

REPORTER: Do you find your second novel coming slow?

LEE: Well, I hope to live to see it published.

REPORTER: How long have you been working on it?

REPORTER: What’s the premise of your new book?

LEE: That’s a large question for so early in the morning.

REPORTER: Is there a part for Gregory Peck in the next one?

LEE: ( Mona Lisa smile): Just a bit part. He might be a guest star.

REPORTER: Who are your favorite writers?

REPORTER: What was your motive for writing a book like ‘Mockingbird’?

LEE: (a wry grin creasing her thin, pale lips) To satisfy the obligation of my contract at Lippincott.

REPORTER: What do you think of the Freedom Riders ?

LEE: I don’t think this business of getting on buses and flaunting state laws does much of anything. Except getting a lot of publicity, and violence. I think Rev. King and the NAACP are going about it in exactly the right way. The people in the South may not like it, but they respect it.

REPORTER : (cub variety): I came in late, so maybe you’ve already been asked this question, but I’d like to know if your book is an indictment against a group in society.

LEE: (nonplused): The book is not an indictment so much as a plea for something, a reminder to people at home.

REPORTER: What do you think of Norman Mailer and James Baldwin?

LEE: I told you before — I read 19th Century literature. I don’t read Norman Mailer and James Baldwin.

REPORTER: Were the characters in the book based on real people?

LEE: No, but the people at home think so. The beauty of it, though, is that no two people come up with the same identification. They never think of themselves as being portrayed in the book. They try to identify others whom they know as characters.

REPORTER : (grinning slyly): What with royalties and a sale to the movies, you must be getting awfully rich.

LEE: No, not rich. You know that program we have at Cape Canaveral? I’m paying for it; 95 percent of the earnings disappeared in taxes.

REPORTER: What is your opinion of (Alabama Gov. James) Barnett’s failure to obey a federal directive?

REPORTER: How did you feel when you found out you were going to receive the Pulitzer Prize?

LEE: I didn’t find out I was going to receive it. I found out I had received it. And I nearly dropped dead.

REPORTER: How do you feel about your second novel?

REPORTER: Don’t some people presume the name “Harper Lee” belongs to a man?

LEE: Yes. Recently I received an invitation to speak at Yale University, and was told I could stay in the men’s dormitory. But I declined that part of the invitation. (Smiles) With reluctance.The press conference now over, Miss, Lee left. The PR man, though, stayed. Quickly cornering several members of the Fourth Estate, he forgot the song he had been singing an hour earlier and, smiling brightly, he began crooning new lyrics: “We need a lot of help, you know. So give us all you can, will yah, huh.”

After lunch, there was a “literary tea” in Lee’s honor. It was held in a small, but ornate room in the Ambassador East. The room is titled Bath, a horrendous misnomer. Only about 20 people showed up, and women predominated, ripe in years, rich in garnish. Expensive perfume filled the air. Interesting conversation did not.

The gathering was limited to only one hour, with the kickoff at 3 p.m.. Everyone showed up late. Giggled one refugee from Elizabeth Arden’s: “Oh, my dear, but you know it’s a social faux pas to be on time.”

Ann Landers came in. Ann said she was sorry she was late, but her daughter had just given birth to her first child. Grandma is shapely and petite (an inch or two under five feet), damned cute, and any, healthy male can see she’s got a good counsel or two left in her.

A man from Variety, the show-biz bible, also dropped in. He didn’t have many questions, but the ones he did have were gems of ignorance:

”How many books have you written?”

“Mockingbird was my first,” said Lee, not even blinking.

”Have you done any screenplays?”

She shook her head.

“Well,” he beamed, glad to offer advice to a struggling writer, “you probably should. After all, the movies are a good marketplace, a place for your work to be seen. You can get more work that way.”

Upstream, two women were discussing the weather with Lee, when a middle-aged woman came sailing into the room, clutching a paperback edition of ‘Mockingbird’ and made a beeline for the novelist.

En route, she nodded to an acquaintance and trilled, with all her dentures shining, brightly, “Isn’t this simply marvelous!”

BIO Bob Ellison
Like many of La-La Land’s walking wounded, Bob Ellison is paying for the sins of his youth, just another scarred veteran of Development Hell. Nevertheless, he's still dapper and proud in Armani, asbestos-lined. He's also serving as consultant on "The Fred Otash Story," based on the P.I. who bugged JFK & Marilyn. Monroe’s bedroom bingo. But no, he does not have the tapes.

Like many of La-La Land’s walking wounded, Bob Ellison is paying for the sins of his youth, just another scarred veteran of Development Hell. Nevertheless, he's still dapper and proud in Armani, asbestos-lined. He's also serving as consultant on "The Fred Otash Story," based on the P.I. who bugged JFK & Marilyn. Monroe’s bedroom bingo. But no, he does not have the tapes.
x
Looks like you're enjoying reading