Reality TV isn’t just for the wannabes. It’s also a refugee for the once-famous seeking a chance to be famous again. However, as parents, these more seasoned celebrities have taken conflicting approaches when it comes to having their children in front of the cameras. 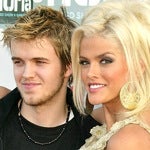 Anna Nicole Smith: The former Playmate seemed clueless and shameless in E!’s “The Anna Nicole Show,” from its debut in 2002. The same cannot be said for her teenage son Daniel, who seemed determined to run away from the cameras every time his mother pulled him towards them. By the start of the second season, the 16-year-old was clearly expressing — on camera — his desire to not be filmed anymore. Less than two years after the show was canceled in 2004, Daniel died from a prescription drug overdose while visiting his mother, who had just given birth to a baby girl. Five months later, Anna Nicole, reportedly devastated by her son’s death, was dead, too. 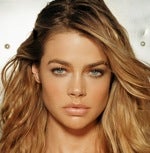 Denise Richards: For “It’s Complicated,” the “Wild Things” actress went to court to include her pre-schoolers in the E! series over the objections of ex-husband Charlie Sheen. The “Two and a Half Men” star called Richards "greedy, vain and exploitive" for wanting to put then 2-year old Lola and 3-year old Sam in front of the cameras. In January 2008, an L.A. family court judge rejected Sheen’s objections. After
first encouraging fans to boycott the show, Sheen told In Touch magazine that he and Richards had worked things out because "we had to do what’s best for the girls." 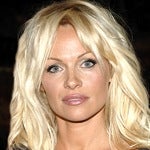 Pamela Anderson: Richard’s “Blonde and Blonder” co-star, went in the opposite direction when it came to featuring her sons on her own E! reality series. The actress and Playboy centerfold’s mother, brother and several personal assistants made appearances in “Pam: Girl on the Loose,” which debuted on August 3, 2008, but Anderson’s two boys with Motley Crue drummer Tommy Lee — Brandon and Dylan — were only fleetingly seen during the show’s run.  "It just seemed more appropriate for the kids to be off screen," Anderson’s manager Peter Asher told TheWrap. "Pamela generally keeps her working life and her family separate." 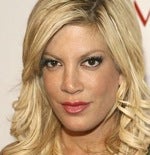 Tori Spelling: Spelling jumped into the public eye in the early 1990s on her mega-producer father Aaron’s original version of “Beverly Hills 90210.” One of the pillars of Oxygen’s “Tori & Dean: Home Sweet Hollywood” was the actress’ pregnancies with husband Dean McDermott. Now the primary plots of the fourth season of the show are around balancing career and the raising of their 2-year-old son Liam and infant daughter Stella, who are in the show almost all the time.

The Osbournes: Jack and Kelly both ended up in rehab after the sudden worldwide success of “The Osbournes” reality series with their Prince of darkness father Ozzy, who had a lapse of his own.