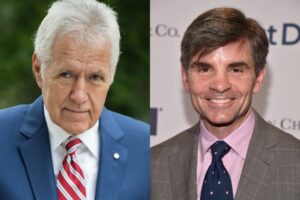 Only six months after its launch, short-form video streaming startup Quibi announced it is now officially shutting down after it failed to attract any buyers. The news is not entirely surprising: Quibi has been struggling almost since the very start.

While paid subscriber numbers have never been made public, analysts estimate the numbers were profoundly underwhelming and that Quibi would miss its paid subscriber goal for the first year by the millions. Just look at its performance on Apple’s App Store: the app dropped out of the top 50 list a week after it went live on April 6th and never recovered.

So what went wrong? After its less-than-stellar launch, founder Jeffrey Katzenberg famously pointed the finger elsewhere: “I attribute everything that has gone wrong to coronavirus. Everything. But we own it.”

That answer didn’t stack up, even back then. While Quibi wanted to blame its weak numbers on the fact that daily commutes were vanishing, short-form video streaming and smartphone usage actually increased while consumers were stuck indoors. And other streaming services, like TikTok and Netflix, saw unprecedented subscriber numbers during the pandemic. In fact, according to Zuora’s Subscription Impact Report, streaming companies saw a 400% increase in subscription growth from March-May this year, compared to the previous 12 months.

Quibi wasn’t a bad idea. When it started out, it had all the cards stacked in its favor. It raised almost two billion dollars, recruited top Hollywood talent like Chance the Rapper, Jennifer Lopez and Liam Hemsworth to produce content and its shows even picked up a couple of Emmys this summer. It clearly had plenty of talent.

But in an open letter to stakeholders, Katzenberg and Chief Executive Meg Whitman said, “Our failure was not for lack of trying…We’ve considered and exhausted every option available to us.”

I disagree. I think they had more options. They could have opened up the platform itself — when they launched you could only watch it on your phone, which is just not a customer-centric approach. And they could have experimented much more with their pricing and packaging.

In short, Quibi’s problem wasn’t necessarily its talent and its content, but its lack of business agility. Every media company was hit with the pandemic at the same time, but some were able to think on their feet and pivot accordingly.

Case in point: Foxtel in Australia. In the spring they were about to launch Kayo, an immersive sports streaming experience. Once COVID arrived in full force, Foxtel knew Kayo was going to take a hit, so they moved up their entertainment streaming service Binge’s launch by six months.

Other streaming services found ways to capitalize on content during the pandemic by creating shows over Zoom, or mimicking in-person experiences consumers were missing. For example, Fortnite broke records for virtual attendance inside a gaming event with rapper Travis Scott’s concert performance.

And as I mentioned, I don’t think Quibi experimented nearly enough on the pricing and packaging side. After launching on April 6th, they extended their 90-day free trial to the end of the month (converting less than 10% of those early sign-ups into paying subscribers), and since switching to a two-week free trial on May 1st, their offer didn’t change.

Other streaming services have tried a variety of options to find the right fit and hook consumers. For example, Apple TV is included free for a full year with the purchase of many Apple devices. And HBO launched a “Stay Home Box Office” promotion, which made 500 hours of programming, including popular shows like “The Sopranos,” available for free.

Smart subscription services know the importance of experimenting with pricing and packaging to find the perfect balance for customers’ values and companies’ bottom lines. It’s critical for companies to adjust and refine their strategies depending on customer preferences and markets. These are constantly evolving, and companies need to match them. Clearly, Quibi did not.

Tien Tzuo is CEO and Founder of Zuora (NYSE: ZUO), the leading subscription economy SaaS provider. Born out of Tzuo's experiences at Salesforce, a pioneer of the subscription model, Zuora was founded in 2007 following Tzuo's roles as chief marketing officer and chief strategy officer. He is the author of the USA Today, LA Times and Amazon best selling book, “SUBSCRIBED: Why the Subscription Model Will be Your Company's Future - and What to Do About It.”