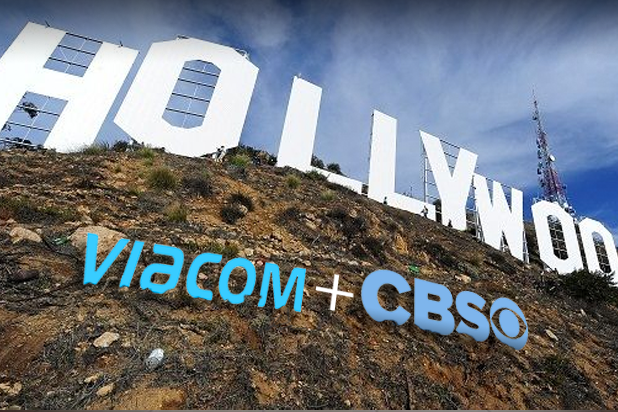 Several Democratic presidential candidates have criticized recent media mergers between T-Mobile and Sprint, AT&T and Time Warner, but most have remained quiet regarding CBS’s reunion with Viacom.

In the last three years, major media and communications companies have announced mergers that have led, or will lead, to executive staffing shake-ups, layoffs, and other changes. Many of this election cycle’s Democratic presidential candidates have spoken out against the growing list of bipartite media behemoths, issuing letter after letter and statement after statement predicting negative outcomes. Here’s what the candidates have said about three of the consolidations that have taken place since 2016, when AT&T and Time Warner first proposed a merger.

AT&T and Time Warner first proposed a merger in late October 2016, just a month before the presidential election. Trump, still a candidate at the time, said that he would block the merger at a campaign rally because it was “too much concentration of power in the hands of too few,” according to Vox. (The New Yorker’s Jane Mayer later reported that Trump’s attempted interventions into the merger were likely in retaliation against CNN, which is owned by Time Warner, and that months before the Department of Justice sued to block the merger, Trump had directed his then-Chief of Staff John Kelly to pressure the DOJ to file the lawsuit.)

How did the current Democratic presidential candidates react? Hawaii Rep. Tulsi Gabbard responded on Twitter a few days after the announcement, stating that the proposed plan was a “bad deal for the American people,” and that “bigger is not always better.” Meanwhile, Vermont Sen. Bernie Sanders called on “the administration” to “kill” the merger to avoid “higher prices and fewer choices for the American people” in a tweet.

The following month, the DOJ filed a lawsuit against the companies to block the merger, citing antitrust laws. By February 2017, after the Senate Judiciary’s antitrust subcommittee held a hearing on the proposed merger in December 2016, Minnesota Sen. Amy Klobuchar — a ranking member of the subcommittee — sent a letter to the DOJ’s Attorney General Jeff Sessions, outlining how the department should review the AT&T-Time Warner deal. And in June 2017, Massachusetts Sen. Elizabeth Warren, New Jersey Sen. Cory Booker, and Sanders sent a different letter to Sessions, urging that the DOJ again “closely scrutinize” the then-proposed acquisition.

By May 2018, the situation became further convoluted when the Washington Post reported that AT&T had paid the consulting company of Michael Cohen, Trump’s then-personal lawyer, nearly $600,000 for “insights” into understanding the Trump administration. Warren sent a letter to AT&T’s CEO in response, requesting that he answer a number of questions about the payments amidst concerns “about corruption and whether AT&T, [Cohen’s consulting company], and the Trump Administration were engaged in a pay-for-play operation.”

“AT&T had a significant financial interest in … whether the Department of Justice would contest the proposed merger with Time Warner, whether the Federal Communications Commission would overturn net neutrality rules, and whether the Administration would push a tax plan that gave huge breaks to corporations like AT&T,” the letter said.

Despite the protestations, the merger was ultimately upheld in June following a ruling from a federal judge. Though the decision was a major defeat for the DOJ, the department chose not to pursue further litigation and allow the merger to move forward.

Washington Gov. Jay Inslee first shared his optimism for the then-proposed merger that same day, citing the potential new jobs that would be created in his state, where T-Mobile is headquartered. (Inslee announced his presidential candidacy almost a year later.)

The companies submitted a formal application to the Federal Communications Commission to approve the $26 billion deal by June 2018. But the following year, in February, several senators — including New York Sen. Kirsten Gillibrand, Klobuchar, Warren, Sanders, and Booker — raised alarms to both the Department of Justice’s antitrust division and the FCC to request that the two entities reject the proposed merger.

“For more than 30 years, our enforcers have understood that fostering robust competition in telecommunications markets is the best way to provide every American with access to high-quality, cutting-edge communications at a reasonable price,” read the two letters, addressed separately to Assistant Attorney General Makan Delrahim and FCC Chairman Ajit Pai. “This merger will turn the clock back, returning Americans to the dark days of heavily consolidated markets and less competition, with all of the resulting harms.”

Sanders followed up the joint letter a day later with a Facebook post describing the merger as representing a “gross concentration of power that runs counter to the public good.”

Three months later, following concerns over a report that senior White House officials were in favor of the merger, Booker, Klobuchar, and Warren sent a letter to Delrahim, reiterating that the DOJ’s decision on whether to allow a T-Mobile-Sprint merger should be free of “improper political influence.” The backlash escalated in June when several state attorneys general filed an antitrust lawsuit against T-Mobile, Sprint, and their respective parent companies, to block the merger.

But by late July, Pai and the DOJ essentially approved the merger as long as Sprint services like Boost Mobile, Virgin Mobile, and Sprint prepaid were divested to the TV satellite provider Dish, with the idea being that Dish’s new offerings would make up for Sprint’s absence.

Still, several senators and now-presidential candidates continued to fight back against the merger. Booker issued a statement on the same day as the DOJ’s approval, arguing that the merger “will have harmful and long-lasting effects on workers and consumers who will now likely pay higher prices for worse service with fewer offerings” and that he was skeptical of how the wireless service would improve for rural consumers, as the companies have claimed.

And earlier this month, Klobuchar, Warren, Booker, and Gillibrand sent another letter to Pai — who was first nominated to the FCC under the Obama administration and designated as chairman under Trump’s — urging that the FCC “issue a public notice and seek public comment” to determine whether a merger between T-Mobile and Sprint would be in the public interest.

“We have serious concerns that the terms of the settlement may prove insufficient to protect competition, innovation, and the public interest,” the letter said. “We remain concerned about the lack of transparency in the FCC’s merger review process and the lack of certainty on whether this merger will protect competition and consumers.”

After years of speculation, media giants Viacom and CBS announced last Tuesday that the companies were merging to become the $28 billion “ViacomCBS.” (The long-linked companies last split in 2006.)

On the day of the announcement, Warren tweeted that ViacomCBS was a deal that raised “serious concerns for consumers, employees, and the entire sector.” The following day, Sanders sent an email to his campaign supporters to explain his critique of corporate media and news organizations, where he touched upon ViacomCBS and other recent media consolidations.

“Today, as a result of massive mergers and takeovers, only a few larger corporations like Verizon, AT&T, Comcast, Fox, Disney, Viacom, and CBS control the vast majority of what we see, hear, and read. And there is news that Viacom and CBS want to merge next,” Sanders wrote. “This is outrageous, and a real threat to our democracy. Because in case you haven’t heard, these corporations have an agenda that serves their bottom line.”

What about the other candidates?

The candidates who haven’t explicitly addressed the above media mergers have spoken more broadly about antitrust issues in the tech world, particularly when it comes to companies like Facebook, Amazon, and Google. According to a roundup of candidate views by Politico, 10 candidates — including former Vice President Joe Biden, California Sen. Kamala Harris, Booker, Klobuchar, and Castro — say they need to see more federal antitrust investigations before determining whether to break up those companies.

Pete Buttigieg, mayor of South Bend, Indiana, has said that regulators need more resources before they can begin investigations, while entrepreneur Andrew Yang said that those companies could break themselves up, though that wouldn’t necessarily solve all current problems. Meanwhile, candidates like former Texas Rep. Beto O’Rourke and Gillibrand have called for stronger regulations on large tech companies, while author and activist Marianne Williamson joined Warren, Sanders, Gabbard, and de Blasio, who said they would want to break those companies up.

In an interview with Axios last November, Trump said that his government was looking into antitrust investigations, but also defended the companies from the European Union’s regulatory fines.