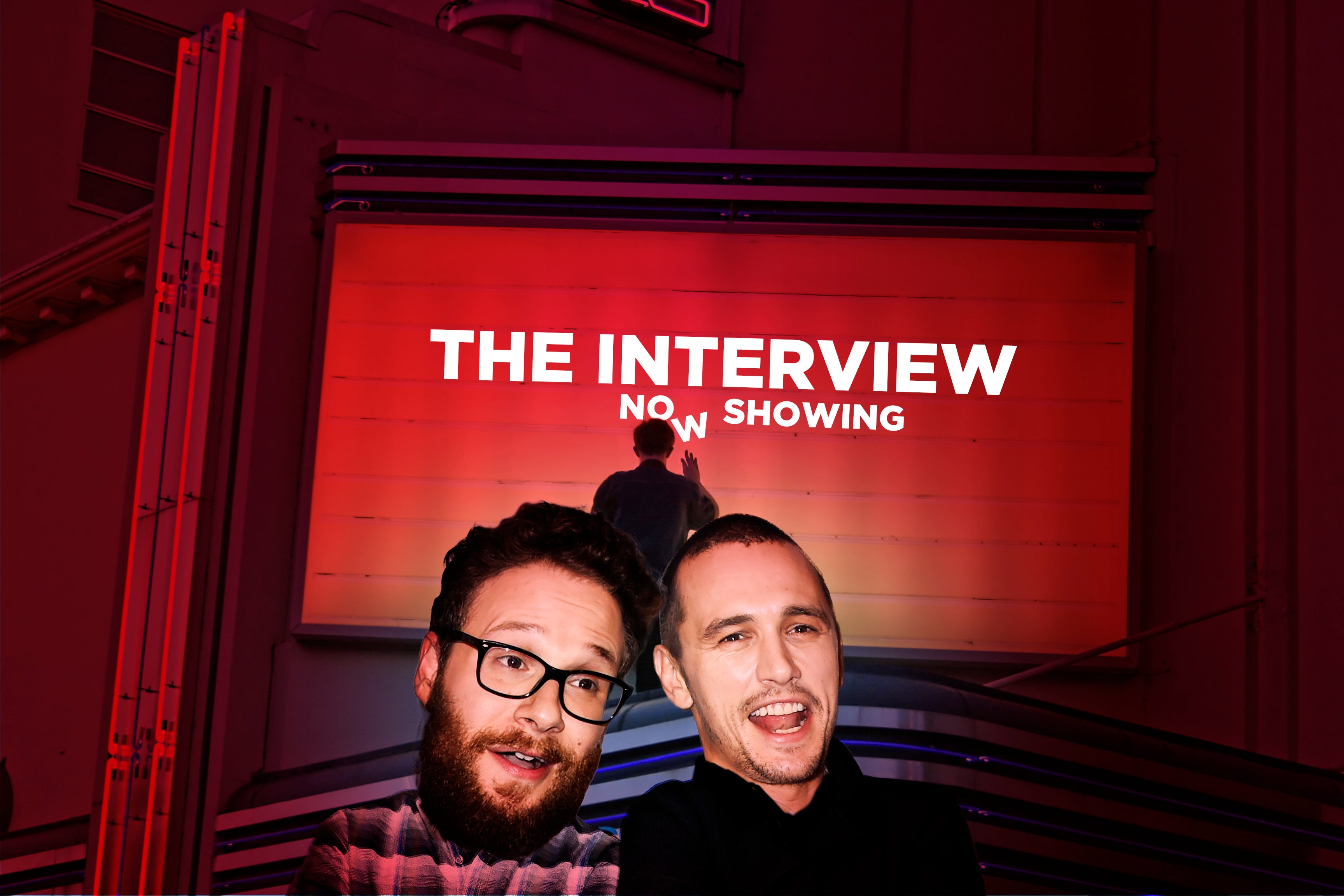 Independent movie theaters across the country will show “The Interview” on Christmas Day and through the new year, TheWrap has confirmed. Theaters include:

The Seth Rogen–James Franco buddy comedy that depicts the assassination of North Korean dictator Kim Jong-un and has been at the center of the crippling hack of Sony Pictures and its massive fallout, will see release after all, despite having been canceled by Sony following threats by hackers that caused major chains to pull the film.

“Sony has authorized screenings of ‘The Interview’ on Christmas Day. We are making shows available within the hour,” tweeted Alamo Drafthouse founder Tim League, adding the hashtag “#Victory.”

Also Read: Sony to Release ‘The Interview’ in Theaters, on VOD Despite Threats (Exclusive)

A full statement from League obtained by TheWrap:

“We cannot imagine the pressures that have been affecting Sony, at all levels of the organization they have been under attack. Amidst this unwarranted chaos, they have regrouped and listened to the public, the government and the exhibition community and responded with resolve and determination. At 10:45 a.m. Sony bookers approved screenings at the Alamo Drafthouse Cinema and other arthouse and independent theaters across the country. This is the best Christmas gift anyone could give us. We, both distributors and exhibitors, have collectively stood firm to our principles and for the right to freedom of expression. Two days til Christmas, and I am proud to be an American.”

Alamo security teams will be briefed in the next two hours, according to an individual with knowledge of the situation. The meetings will likely discuss measures in the face of attack threats made by Sony hackers to theater chains showing the film.

Atlanta’s Plaza Theater will also show the film through Jan. 1, it confirmed through its own Twitter account.

“The Interview will open exclusive on 12/25. The Plaza will be one of the few theaters in the nation to open the film,” the theater said.

Landmark Theaters, a major North American movie house, will not be showing the film citing prior commitments. “Our theatres have been fully booked for months,” a spokesperson told TheWrap.

New Mexico has an ally in “Game of Thrones” author George R. R. Martin, who early in the day said on his blog that he was trying to secure the film for his Santa Fe, New Mexico, theater Jean Cocteau Cinema. Later, the author and the theater celebrated their success:

While showing the film will please the public, indie theater owners, the creative community and politicians who have slammed Sony’s decision to cancel, the simultaneous VOD release will likely cause further friction with the larger movie chains (for whom VOD is a constant hot button issue).

That means the release will likely be in the 200-theater range; exhibitors typically cap the rollout of films that offer day-and-date VOD at around 300 sites. The largest chains — Regal, AMC, Cinemark, Carmike and Cineplex — were the first to opt out on the film on the day after the hacker threats, and Sony canceled the release hours later.

Though they didn’t say so publicly, the major chains were already chafing over Sony CEO Michael Lynton placing blame over Christmas Day release cancellation on theater owners, and the VOD release is seen as another shot.

Spotlight Theatres, who owns screens in Georgia, said it didn’t initially seek out the film because of market preferences, but would now reconsider.

“We didn’t initially try to book it because it’s R-rated, raunchy and subject matter that’s not really appealing to our audience,” said Joe Paletta, CEO and founder of Spotlight. “We cater mainly to family oriented, middle of the road crowds.”

He said Sony contacted him Monday about the possibility of showing it on Christmas Day, but he declined.

“I have two towns where I would play it on Jan. 2 if they decide to make it available then,” he continued. “Because of the publicity and curiosity, I think it could do some business.”