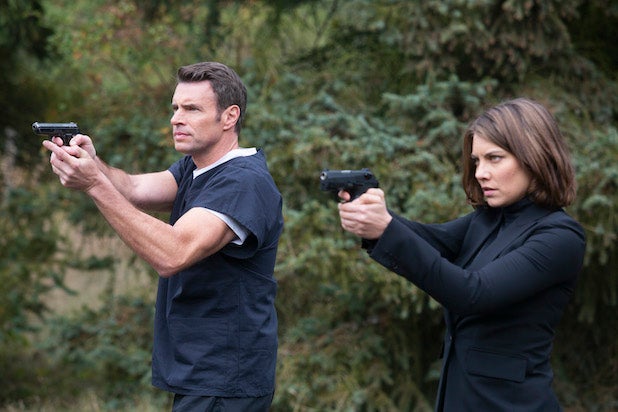 The series finale for “Whiskey Cavalier” may end up being the season finale. ABC and the show’s producer, Warner Bros., are in talks to bring the series back, 11 days after ABC canceled the drama after one season.

An individual with knowledge of the situation at ABC told TheWrap that the network is considering bringing the Scott Foley-led series back for a second season and that conversations are ongoing. A decision is expected to come quickly, possibly by the end of this week. Warner Bros. declined to comment.

When the show was canceled earlier this month, Warner Bros. was planning to shop the series elsewhere.

Also Read: Ratings: Kimmel-Lear's Live 'All in the Family,' 'Jeffersons' Special Moves ABC on Up to Top Wednesday

Before the show’s finale on Wednesday, Lawrence tweeted for fans to save it. “Tonight: great season finale of #WhiskeyCavalier. Maybe check it out? Make this a ‘season’ finale and not a series finale. Just an idea.”

Tonight: great season finale of #WhiskeyCavalier. Maybe check it out? Make this a “season” finale and not a series finale. Just an idea.

The show got a special preview after February’s Oscars, but at the time of its cancellation, “Whiskey Cavalier” was averaging a 1.2 rating in the advertiser-coveted 18-49 demographic and 6.3 million viewers, according to the “most current” data from Nielsen, which includes a week’s worth of delayed viewing where available.

TV Line first reported about the possibility of “Whiskey Cavalier” being brought back.