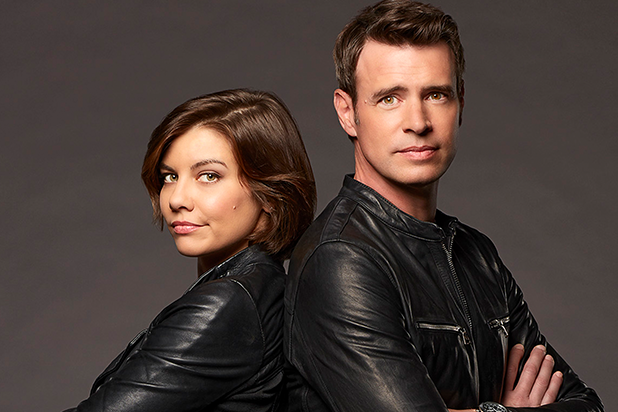 ABC will air a “sneak preview” of the pilot episode of the highly-anticipated new Scott Foley and Lauren Cohan-led drama “Whiskey Cavalier” after the Oscars on Sunday, Feb. 24, in advance of the official series premiere on Feb, 27.

Yes, that means you’ll have to stay up late on the night of the 91st Annual Academy Awards if you want to catch the first episode before it makes its debut that Wednesday.

The full premiere will be telecast at 11:35 p.m. ET/10 p.m. PT, a spot that has in recent years been occupied by Jimmy Kimmel’s post-Oscar show (when he wasn’t hosting the awards, that is) and was used to preview Alec Baldwin’s talk show in 2018.

The “high-octane” series follows the adventures of secret agents Will Chase (codename: “Whiskey Cavalier”), played by Foley, and Frankie Trowbridge, played by Cohan. Per the official logline: “Together, they lead an inter-agency team of flawed, funny and heroic spies who periodically save the world – and each other – while navigating the rocky roads of friendship, romance and office politics.”

Also Read: Here's How Kevin Hart Says He Was Going to Open the 2019 Oscars (Video)

See below for ABC’s Oscar Sunday, Feb. 24, schedule, for both the east and west coasts: