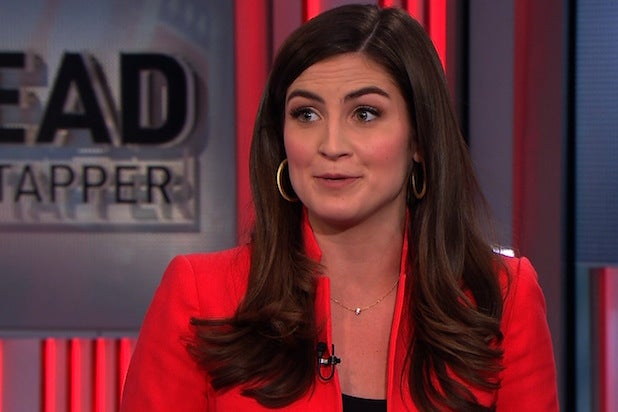 The White House barred CNN reporter Kaitlan Collins from a Rose Garden event Wednesday, after she asked Donald Trump about his former lawyer, Michael Cohen during a press conference earlier in the day.

While serving as the “pool reporter” for the White House press corps during an Oval Office photo-op between Trump and European Commission president Jean-Claude Juncker, Collins asked, “did Michael Cohen betray you, Mr. President?”

Pool reporters represent all the television networks when an event cannot accomodate the entire White House press corps. It’s not unusual for pool reporters to use the opportunity to ask the president questions.

Trump did not answer either of Collins’ questions. But, according to Collins, later in the afternoon she was called into the office of deputy chief of staff for communications and former Fox News exec Bill Shine, who informed her that she was “disinvited” from a press event at the Rose Garden. Collins says she was told that her earlier questions were “inappropriate.”

Also Read: Trump Sends CNN to 'Siberia' Press Section of Rose Garden: 'We Were Put In Time Out'

“Just because the White House is uncomfortable with a question regarding the news of the day, doesn’t mean the question isn’t relevant and shouldn’t be asked,” CNN said in a statement.
“This decision to bar a member of the press is retaliatory in nature and not indicative of a free and open press. We demand better.”

The White House pushed back on CNN’s account saying that: “At the conclusion of a press event in the Oval Office a reporter shouted questions and refused to leave despite repeatedly being asked to do so. Subsequently, our staff informed her she was not welcome to participate in the next event, but made clear that any other journalist from her network could attend. She said it didn’t matter to her because she hadn’t planned to be there anyway. To be clear, we support a free press and ask that everyone be respectful of the presidency and guests at the White House.”

Shine’s former network also issued a statement Wednesday: “We stand in strong solidarity with CNN for the right to full access for our journalists as part of a free and unfettered press,” said Jay Wallace, President, FOX News

Trump has been a vocal critic of CNN, frequently calling it “fake news” and “dishonest.”

In June 2017, CNN reporter Jim Acosta was relegated to the “Siberia” section of the Rose Garden, far away from all the action, during President Trump’s press conference with Romanian president Klaus Iohannis.