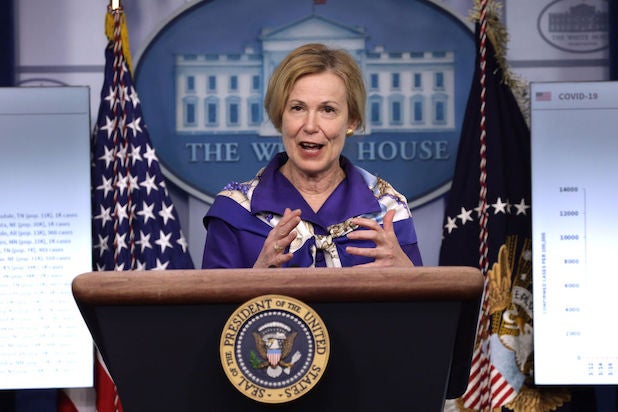 The White House coronavirus task force has asked the Centers for Disease Control and Prevention to work with Los Angeles — as well as Washington, D.C. and Chicago — to investigate the continued spread of the virus in the region.

On Friday, L.A. County reported 1,072 new confirmed COVID-19 cases and 35 new deaths, making for a total of 43,052 cases and 2,049 deaths. While the rest of California is slowly reopening, local officials and Gov. Gavin Newsom have cautioned that counties like the Los Angeles metropolitan area — which includes Orange County — may be slower to do so given the ongoing spread of the virus in the area.

Earlier this week, county officials announced a July 4 goal for a “full or staged” reopening of retail, restaurants and malls. This coming Monday, the governor is expected to release guidelines for restarting film and TV productions, though he again cautioned that L.A. may not be able to resume these productions as soon as other regions in the state.

The City of Los Angeles County is partnering with CORE (Community Organized Relief Effort) to provide free COVID-19 testing to all L.A. County residents, whether or not you are experiencing COVID-19 symptoms. Click here for details.