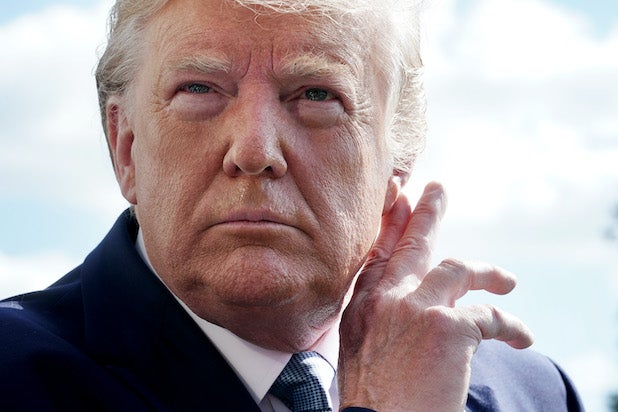 The White House has announced that it will refuse to cooperate with the impeachment inquiry into President Donald Trump.

“Because participating in this inquiry under the current unconstitutional posture would inflict lasting institutional harm to the Executive Branch and lasting damage to the separation of powers, you have left the President no choice,” White House counsel Pat Cipollone wrote in a letter sent to House Democratic leaders on Tuesday. “Consistent with the duties of the President of the United States, and in particular his obligation to preserve the rights of future occupants of his office, President Trump cannot permit his Administration to participate in this partisan inquiry under these circumstances.”

Speaker Nancy Pelosi announced the beginning of a formal impeachment inquiry into Trump last month in light of a phone call the president had with the Ukrainian president. In transcripts of the call, it appeared that the president was pressuring a foreign power to investigate a political rival — in this case, former Vice President and Democratic presidential candidate Joe Biden and his son, Hunter — for his own political gain. Since then, the president has repeatedly decried the impeachment inquiry and denied any wrongdoing, while also publicly calling on Ukraine — as well as China — to investigate the Bidens for corruption based on a discredited conspiracy theory.

Also Read: The House of Representatives Is Conducting an Impeachment Inquiry Into Trump. What Happens Next?

Earlier on Tuesday, the State Department also blocked the U.S. ambassador to the European Union — a key witness in the impeachment investigation — from testifying just hours before his scheduled appearance. House Intelligence Committee chairman Adam Schiff described the move as “further acts of obstruction” from the Trump administration.

And now, with the White House counsel’s eight-page letter, Cipollone has asserted that Trump and his administration will not cooperate with the investigation because he said it violates Trump’s due process rights and has asked House Democrats to drop the impeachment inquiry altogether.

“Put simply, you seek to overturn the 2016 election and deprive the American people of the President they have freely chosen,” Cipollone claimed. “Your highly partisan and unconstitutional effort threatens grave and lasting damage to our democratic institutions, to our system of free elections, and to the American people.”

In a statement issued on Tuesday evening, Pelosi said the White House’s letter was “manifestly wrong” and “further evidence of obstruction.”

“The President’s actions threaten our national security, violate our Constitution and undermine the integrity of our elections. The White House letter is only the latest attempt to cover up his betrayal of our democracy, and to insist that the President is above the law,” Pelosi said. “This letter is manifestly wrong, and is simply another unlawful attempt to hide the facts of the Trump Administration’s brazen efforts to pressure foreign powers to intervene in the 2020 elections.”

“The White House should be warned that continued efforts to hide the truth of the President’s abuse of power from the American people will be regarded as further evidence of obstruction,” she continued. “Mr. President, you are not above the law. You will be held accountable.”