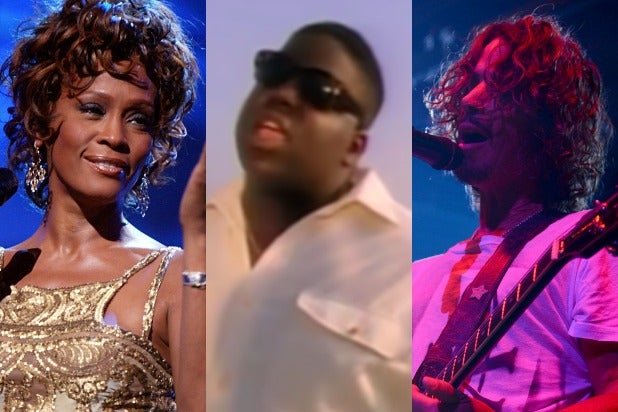 The nominees for the Rock & Roll Hall of Fame’s Class of 2020 are in, and among the 16 acts are nine first-timers, including Whitney Houston, The Notorious B.I.G. and Soundgarden.

Below are all the musicians on the ballot. The newcomers are denoted by asterisks*.

Only Biggie was first-time eligible this year. Houston, for an example, could have received a nomination as far back as a decade ago, but she never did until now.

T. Rex had the longest wait among the newbies, however. The band made up of Marc Bolan, Steve Currie, Mickey Finn and Bill Legend were technically eligible way back in 1993. Thin Lizzy and The Doobie Brothers were both eligible beginning in 1996.

Dave Matthews Band had to wait just a year. Soundgarden has been sitting around eligible since 2011.

To be eligible for nomination, an individual artist or band must have released its first commercial recording at least 25 years prior to the year of induction.

Readers can find bios for each nominated artist or group here.