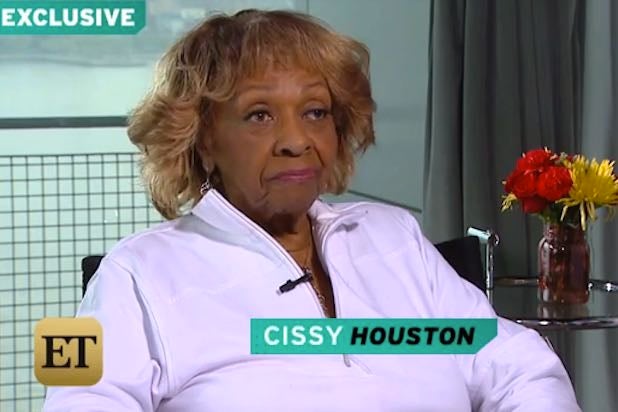 In the same “Entertainment Tonight” interview during which Cissy said granddaughter Bobbi Kristina Brown is “not progressing at all,” Cissy reflected on Whitney’s life and tragic death.

“This business is really bad, you know what I’m saying? But she did the best she could,” Cissy told “ET” correspondent Kevin Frazier. “Whitney was a very soft and easy person … She was kind. She was free hearted. All of that, and sometimes people didn’t treat her nice.”

Cissy suggested she considers her daughter’s ex-husband, Bobby Brown, to be one of those people.

“My baby tried. She did. She just had the wrong partner, you know?” Cissy said.

Bobby, who shares co-guardianship of his daughter with her aunt Pat Houston, recently told his fans during a Texas concert that Bobbie Kristina was “awake.” Cissy quickly issued a contradictory statement, saying that her granddaughter had suffered global irreversible brain damage.

“She’s not gone yet but … whatever the Lord decides, I’m ready for her,” Houston said in her most recent interview. “Because I have nothing to do with that. That’s His job. It’s His territory, and I understand it.”