“Mad Men” creator Matthew Weiner’s eight-episode Amazon series “The Romanoffs” dives into the psyche of troubled souls who believe they’re descendants of the Russian royal family. But who was this tragic family, and why is their story carved so deeply into time?

Most people have heard of the House of Romanov (aka Romanoff) — the second dynasty to rule Russia – and maybe even its last Czar, Nikolas II, his wife Alexandra and the fourth of their five children, Anastasia, thanks to the 1997 Disney animated film. But it’s their own gruesome deaths for which they are most famous. 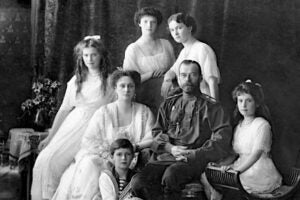 Nicholas II, Alexandra and their five heirs
Although the Romanov reign began in 1613, it was “the last Czar” Nicholas II and his family, in the early 1900s, who have drawn the most intrigue because of the building of political resistance that led to the Russian revolution in 1917. Nicholas was something of an enigma: He was a kind man but adhered to the responsibilities of his royal lineage. The result was a tone-deafness in the stark contrast between his lifestyle and the growing poverty of his people.

His relationship with his wife, Alexandra (who was the granddaughter of Queen Victoria) was sweet and romantic and celebrated with the frequent exchange of love notes. Their four daughters — Olga, Tatiana, Maria and Anastasia — were beautiful, well-learned and, like their little brother Alexei, respectful of not only their elders but also of their many servants. They were a tight-knit family.

Olga was compassionate, strong-willed, but also brutally honest; Tatiana, a born leader; Maria, a flirt; and Anastasia, the vivacious clown. Alexei, the doted upon baby of the family, was born with hemophilia, which, in a round-about way, led to the murder of the family and the end of Romanov rule. 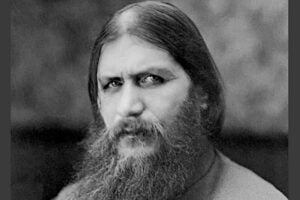 Rasputin… the mystic monk that would not die
Gregori Rasputin, who was described as a mystic holy man, first entered the royal family’s life in 1907, when he said he had a cure for Alexei’s life-threatening condition. Rasputin’s reputation was not a chaste one. Even though Alexandra had been warned by police of his drinking, womanizing and exposing himself in public, she chalked it up to gossip. When Alexei recovered from crushing pain after Rasputin’s blessing in 1912, Alexandra increasingly turned to him for hope.

Rasputin had Alexandra’s ear. Whether or not he actually believed he was a prophet with mystical powers, he frequently interfered in political matters and frequently exaggerated his influence over Nicholas and Alexandra. In 1916, a plan was laid out to murder him.

Tea and cakes laced with cyanide, then poisoned wine, and then a gunshot to the chest. Each time, Rasputin survived. When his assassins caught up with him in the palace’s courtyard after the three failed attempts, they shot him again, then wrapped him in cloth and threw him into the icy Malaya Nevka River. 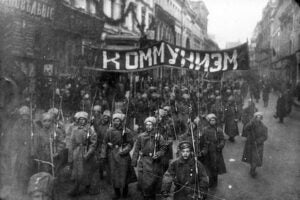 The Revolution… and execution
World War I had led to 50 percent of men taken from their homes and put on the firing lines, causing farm production to drop and therefore food prices to sour. The people of Russia had enough and fought to bring an end to the Tsarist autocracy. They took to the streets. The Bolsheviks led by Vladimir Lenin stormed the Winter Palace in Saint Petersburg, ending in several hundred wounded and more than 100 killed.

In March 1917, Nicholas II abdicated. He, his wife, their children, a doctor and several servants were imprisoned in the home of a military engineer. Still, they remained hopeful that help was on its way. It was not. In the middle of the night on July 17, 1918, they were ordered to get dressed and told they were being moved to the basement for their protection. Executioners entered the room and fired.

Nikolas was the first to die. His four daughters survived the first round of shots because they had sewn diamonds and jewels into their clothing. Bullets to the head was reported to have then killed them.

The legend lives on
In the years that followed, talk of Anastasia’s escape and survival began to circulate, with upwards of a dozen women claiming to be her. From 1938 to 1970, the most famous of those women, Anna Anderson, tried to stake claim in court to the family bloodline. A DNA test after her death ended that myth.

Eighty-two years after their assassination, the Romanovs were recognized as saints by the Russian Orthodox Church.

“The Romanoffs” premieres on Amazon on Friday, Oct. 12.