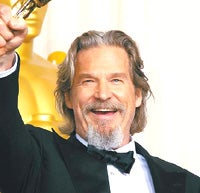 Sunday’s Academy Awards weren’t the first to be broadcast in the age of Twitter. But given the rise in the micro messaging service’s use and popularity – not to mention how live tweeting has sort of replaced live-blogging – they were, in effect, the first Oscars to really feel the effects of Twitter.

As Advertising Age’s Simon Dumenco points out, Twitter was effective in building buzz for the show during the event – let’s call it “live hype” — as opposed to building anticipation for the telecast.  “[While] the media spends the months and weeks leading up to the Oscars obsessing about the potential nominees and winners, your average Twitterer doesn’t care until the damn show is on the air.”

So who got the biggest bump from Twitter last night?

According to Trendrr – a real-time social media tracking service — Jeff Bridges, Sandra Bullock, “Hurt Locker” (though “Avatar” still managed to rule the best picture roost) and Oscar itself, with Bullock – probably due to her charming acceptance speech — garnering the most Twitter mentions after the event.

Here are the hit charts, via Trendrr and Ad Age: