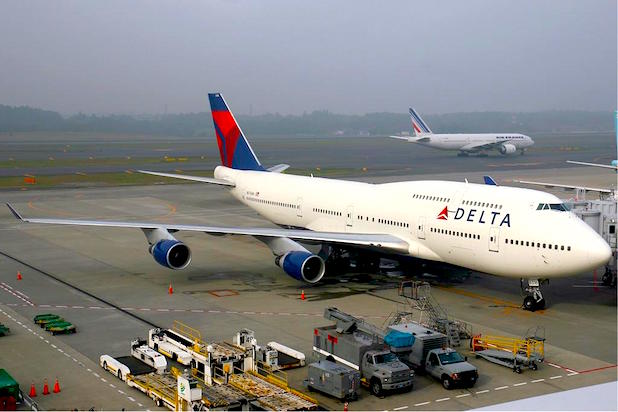 Ka-ching: Hoping to avoid a United-like debacle, Delta is now offering almost $10,000 to customers willing to deplane without being forced off their flights by security guards.

According to an internal memo obtained Friday by The Associated Press, Delta has given its agents the green light to offer up to $2,000 ($1,200 more than the previous maximum). Supervisors are allowed to offer up to $9,950 (up from $1,350).

Also Read: United Dragging Victim David Dao: Here Are All the Injuries He Says He Suffered

United would not disclose its current compensation limit to the AP.  A spokesperson said the company is still reviewing its incentive policies and will announce its decision by April 30.

Airlines routinely offer travel vouchers or cash to customers on overbooked flights. But Delta was able to convince more passengers to give up their seats than any other U.S. airline last year, according to the AP, simply by offering more cash.

Last weekend, 69-year-old David Dao, a doctor, was violently dragged off a United flight after refusing to give up his seat on an overbooked flight. The incident, captured on video, has become a PR nightmare for the airline, and Dao plans to sue.

Still… don’t expect to be handed a suitcase full of cash just because your Delta flight is overbooked. It’s likely supervisors won’t offer the maximum amount right off the bat. (But even paying out the nose for tickets once in a while wouldn’t be too much of a financial hit for the airline, considering Delta earned nearly $4.4 billion last year.)

An Associated Press data analysis shows that from 2015 to 2016, Delta paid an average of $1,118 in compensation for every passenger who was asked to give up a seat. Meanwhile Southwest paid $758, United $565, and American Airlines $554.