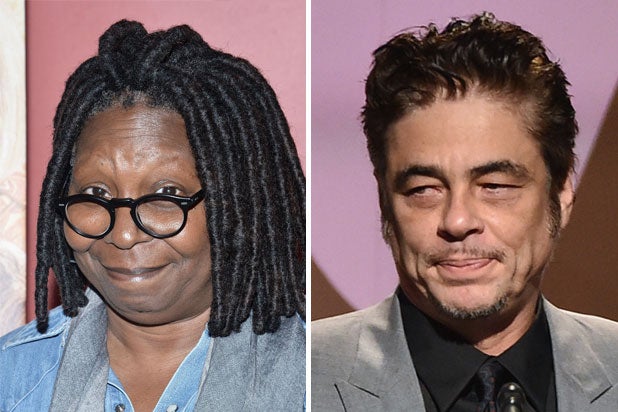 The first batch of presenters and performers for this year’s Oscars have been announced by the Academy, with Benicio Del Toro, Tina Fey and Whoopi Goldberg among the list.

Also set to take the stage are Lady Gaga, Sam Smith and The Weeknd, who are nominated for Best Original Song for “Till It Happens to You,” “Writing’s on the Wall” and “Earned It,” respectively.

Also read: How Many Oscars Members Will Lose Voting Rights, And 8 Other Burning Rules-Change Questions

It’s noteworthy that five of the first presenters are non-white in a year in which the Academy has generated much controversy over the lack of diversity among the acting nominees for the second straight year.

Chris Rock will host the ceremony from the Dolby Theater in Hollywood on Sunday, Feb. 28. The show will broadcast live on ABC at  7 p.m. ET/4 p.m. PT.