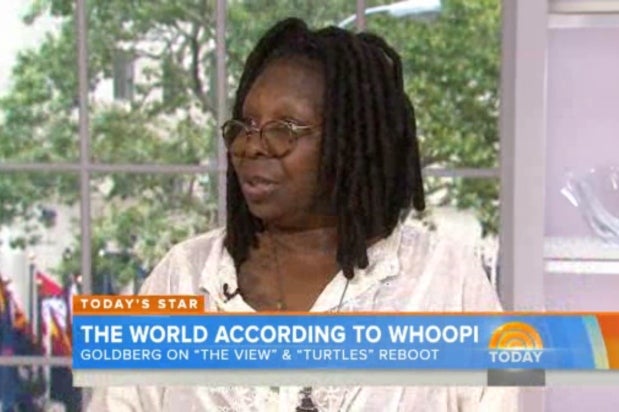 If you want to find out who has the inner track to sit at the host table on “The View,” the last person you should ask is Whoopi Goldberg, at least according to Whoopi.

Goldberg appeared on NBC’s “Today” Monday morning to promote the latest “Teenage Mutant Ninja Turtles” movie, where she has a small role. While talking about the Paramount film that will be released on Aug. 8, host Savannah Guthrie turned to Goldberg’s main gig as the moderator on “The View,” calling her the “grand dame” of the show over the new great-grandmother’s objections.

When Guthrie asked about what Goldberg has heard about the show’s casting shakeup, Whoopi pleaded ignorance, not even acknowledging that Rosie O’Donnell will be sitting at the table with her in the fall. “I don’t actually know what’s going on,” she told Guthrie, going on to explain that she works for a conglomerate at ABC and “I might not be first on their list to talk [to about casting].” Bringing the interview back to the movie, she said “There could be six turtles at the table. I’m OK with that.”