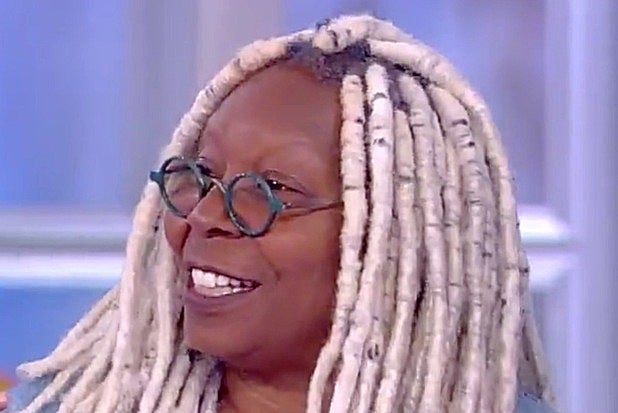 In spite of already having done this same thing last week, Whoopi Goldberg carved out some time during Tuesday’s “The View” to explain her newest hairstyle to viewers.

“The reason I look like this — it is not necessarily by choice,” she said, referencing her recently adopted platinum locs. “It’s because I’m in the new adaptation of Stephen King’s movie, ‘The Stand.’ It’s a book that he wrote about 20, 30 years ago and I’m playing a woman called Mother Abigail, who is a lady over 100 years old.”

“Apparently people are kind of freaked out when they see me with my hair because they don’t know what’s happening,” she said charitably.

Even after a much more thorough explanation of the CBS limited series from Goldberg just last week, commentators online questioned why she looked like she was wearing a “mop” or a “sheep” on her head.

Goldberg explained that “100 is no longer what you think 100 used to be … people had no idea what older black women looked like,” she continued, highlighting the differences between her 2019 version of the character and King’s “wrinkly, wrinkly, wrinkly, wrinkly” book version.

She said it’ll last for four months as co-hosts Joy Behar and Meghan McCain told her they loved the new look whether she picked it for herself or not.

What’s with @WhoopiGoldberg‘s new hair? She fills you in on her new role in case you missed it. https://t.co/3eU4Lb8t7c pic.twitter.com/fDBrxXwUyp