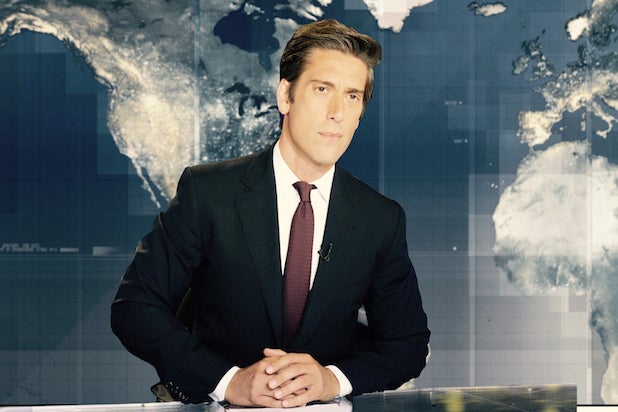 ABC News is on quite a run.

“World News Tonight with David Muir” finished as the No. 1 broadcast evening newscast for the week of July 4, averaging 7.76 million total viewers. ABC News has now beaten its CBS and NBC rivals six times in the past eight weeks in total viewers.

The streak for “World News Tonight” is impressive, especially considering it was losing by more than a million viewers every night less than two years ago when Muir first took over.

NBC’s “Nightly News” still won the week among the key news demo of adults age 25-54, which it has done for 49 out of the past 50 weeks, according to TVNewser.

To cap off the nice day for ABC News, the network announced that Muir will moderate a town hall discussion with President Barack Obama and Americans who have been directly affected by recent events. The town hall aims to be a “frank and intimate conversation about race relations, justice, policing and equality,” according to an ABC statement.

Co-host of ESPN2’s “His and Hers” Jemele Hill will join Muir for the event, called, “The President and The People: A National Conversation,” which airs Thursday at 8 pm. ET.

ABCNews.com will also offer a front row, 360-degree view of the town hall with a series of virtual reality videos.