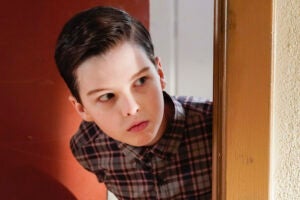 CBS’ ‘Young Sheldon’ Is a Much, Much Smaller Hit Without ‘The Big Bang Theory’ | PRO Insight

”Nobody has heard of Endeavor outside of Hollywood,“ one investment expert tells TheWrap

Endeavor CEO Ari Emanuel found out the hard way that selling yourself to Wall Street investors is not the same as pitching to a potential client or a Hollywood studio or network.

In the wake of Endeavor’s aborted IPO, the Hollywood entertainment, and talent and management company will need to do a better job of making the case to investors for why they need a piece of the company, analysts and marketing and investment experts tell TheWrap.

“Nobody has heard of Endeavor outside of Hollywood,” Ross Gerber, CEO of media investment firm Gerber Kawasaki, told TheWrap.

According to insiders, investor confusion over the company’s business model was one of the reasons the planned IPO wasn’t getting the traction Emanuel had envisioned. “Endeavor is really just UFC and IMG, with a Hollywood talent agency attached,” he added, referencing the Ultimate Fighting Championship league and sports management company under the Endeavor umbrella. “There’s no synergy there.”

Wall Street investors know what type of company they’re buying into when they purchase shares of AT&T, Tesla or even Google’s parent company, Alphabet. But Endeavor is trying to be a trendsetter; no other talent agency had ever attempted to go public. That itself makes it a risky investment, and “risk” is a four-letter word that typically frightens Wall Street.

Jeff Zell, partner for IPO Boutique, which advises on IPO strategies, said he had spoken to one investor who’s attended “hundreds of IPO roadshows” and said the Endeavor “business plan was one of the most complex they have seen in years, if not ever.”

But complexity wasn’t the only concern. “That, in combination with a massive overhang of debt and voting power that overwhelmingly favored management, were just a few red flags,” Zell said.

In the company’s IPO registration filing with the Securities Exchange Commission, Endeavor itself recognized that its “substantial indebtedness could limit our ability to pursue our growth strategy.” In that filing, the company reported $4.6 billion in long-term debt and liabilities totaling $7.2 billion as of June 30 — and that was before its August purchase of live-events company On Location Experiences LLC for as much as $700 million.

However, it’s not like Endeavor doesn’t have a compelling offering. In 2018 the company had revenues of $3.6 billion, with a net income of $316 million. And its stable of assets includes UFC, IMG, the Miss Universe Pageant and access to some of Hollywood’s most bankable stars through the talent agency WME.

But it’s possible that investors had a difficult time determining how they’d make money owning a piece of such a multipronged company whose assets extend beyond familiar brands like the UFC.

“There are a lot of people that would love to invest in the UFC,” Eric Schiffer, CEO of The Patriarch Organization and chairman of Reputation Management Consultants, told TheWrap. “They just don’t know how. I think there’s an opportunity.”

Schiffer is still bullish on Endeavor’s eventual IPO prospects, though he agreed that the company failed to provide a crystal-clear picture of what it was, and needs to sell investors on the idea that buying into Endeavor means buying into the UFC. “I don’t see that as a negative, I see that as a future positive.”

In the company’s prospectus, Emanuel tried to make the case that Endeavor is involved in virtually ever aspect of the content business: “Content is no longer defined solely by the traditional categories our businesses were founded on. Television, movies and live events have been joined by others including podcasts, experiences, social media and multiplayer video games. Wherever you are in the world and whatever way you define content, Endeavor is likely playing a role.”

Endeavor was likening itself to a content company, but it’s not operating on the same level as Disney — with its TV networks, film studios, incomparable IP and upcoming streaming service — or even smaller film and TV studios like Lionsgate.

“There’s a reason that no talent agency has ever gone public and this is a business that has traditionally stayed private,” said Matt Bilinsky, a media-focused attorney with Weinberg Gonser LLP. “Service-based and representation-based businesses in general, they do business in a unique way. That typically is not something the executive and ownership classes of these companies want to expose to the public market.”

Some have speculated that Endeavor’s pulled IPO is an added sign of a weak IPO market, coming on the heels of Peloton Interactive and Smile Direct Club’s underwhelming performance this week, which followed WeWork’s botched IPO last week. The fitness company’s shares dropped nearly 6% during early-morning trading on Friday, following an ugly Wall Street debut on Thursday, when its shares fell 11%.

Endeavor said it plans to continue to pursue an IPO in the future, but offered no further specifics. Meanwhile, the company is still laden with debt that its private equity investors will have to continue to pay down. Conventional thinking within the investor community has been that the only way for Endeavor to ease some of that debt burden is to raise money in the public markets through an IPO.

Before it shelved it IPO Thursday, Endeavor signaled that it was seeing a weaker-than-expected reaction. It slashed expectations for its IPO price, from a range of $30-$32 per share to a range of $26-$27 per share. Endeavor also decided it best to offer fewer shares than originally planned. The company was initially hoping to raise as much as $712 million, but the price-drop pushed that number down to under $500 million.

Schiffer chalks the Endeavor misstep to bad timing — and believes the company will not only go public, but be considered a Wall Street darling when it does. “This is not a person who couldn’t sell himself to Wall Street,” Schiffer said of Emanuel. “WeWork, I think, just spoiled it all.”