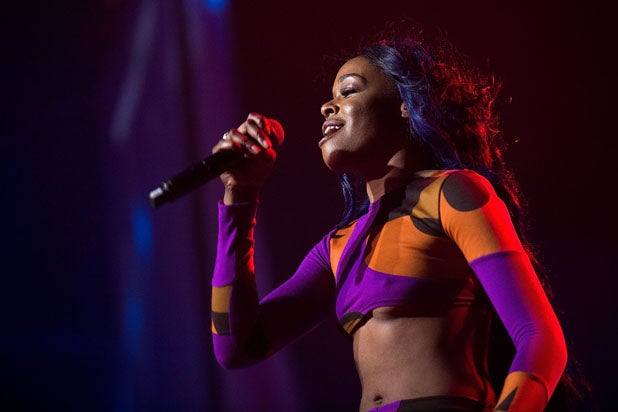 A rapper, an NFL quarterback and a crime-fighting dog had viewers talking passionately on social media over the past seven days.

The Wrap has partnered with Canvs, the emotion measurement AI company, for a weekly look at some of the characters and personalities that have TV viewers the most worked up on social media. The data below covers Aug. 22-28 and is drawn from the most emotionally reacted-to television programs, including broadcast, cable, streaming and PPV.

Also Read: Azealia Banks Hit With Warrant After Failing to Appear in Court for Boob-Biting Case

An episode of MTV’s “Nick Cannon Presents: Wild ‘N Out,” which generated 27,779 Emotional Reactions (ERs), made some pretty big emotional waves. Guest Azealia Banks had complained on Instagram earlier this summer about her treatment during the taping, and when the clip finally hit TV screens, viewers had a lot to say about it. In particular, people called out the cringe-worthiness of the episode and claimed she overreacted; the show is, after all, all about roasting its guests.

Watching Azealia Banks on Wild N Out made me cringe. Zero personality and can’t take a joke <<<

I just sat her and recorded the entire clip with Azealia Banks on @WildNOut lmao she cried over that?

Azealia Banks is not a good sport at all.. she’s irritating my soul #WIldNOut

Azealia Banks is such a party pooper.. why tf they let her on Wild N Out

It may still be August, but NFL Football is already back and people are psyched. The Fox broadcast of a preseason game between the Philadelphia Eagles and Cleveland Browns sparked 24,717 ERs, with the Browns generating more emotional conversation. Specifically, Cleveland quarterback Tyrod Taylor got people talking when he left the field for a bit due to an injury (he was put back in the game, and later it was confirmed he dislocated his left pinky). Viewers had a lot of both positive and negative things to say.

If Tyrod Taylor is hurt, you can blame some awful play-calls and terrible decisions by Hue Jackson and Todd Haley. #Browns #PHIvsCLE

1. I know its preseason. 2 why did we try to throw it 4 times into the end zone from the 1 yard line. 3. Tyrod Taylor ouchies = not good

Hue Jackson’s plan is to get Tyrod Taylor injured before the season starts so he can slide Baker Mayfield to QB1. Genius! #PHIvsCLE

Tyrod Taylor really is kinda the RC Cola of the @nfl. Solid and underrated.

Comments poured in during A&E’s “Live PD” episode featuring Pasco Sheriff Deputy Nicholas Carmack and his K9 partner Shep (12,676 ERs). In the segment, Carmack unleashed Shep to catch a suspect who ran away, and when he caught up, the man was choking the dog by his collar. This prompted Carmack to shout (a now-memed line) “Get off my dog, bro!” Viewers absolutely loved seeing the dog in action and the clear bond between Shep and Carmack.

OMG I love the K-9 officers SO much! They are so important in the grand scheme of things! #LivePDNation Way to go Shep! #LivePD

The way Carmack is praising Shep for finding his man is the best thing I’ve seen all week. Women all over are swooning. ???? ❤️ #LivePD