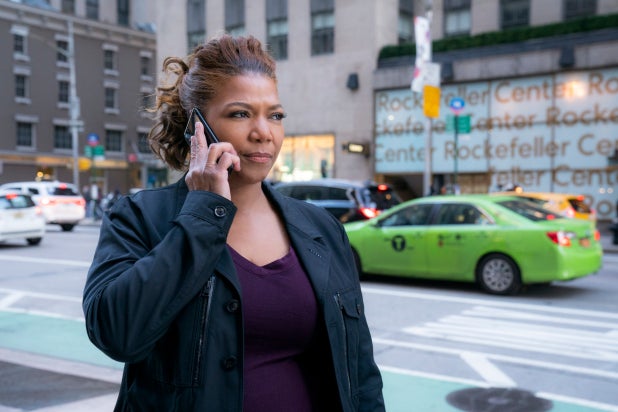 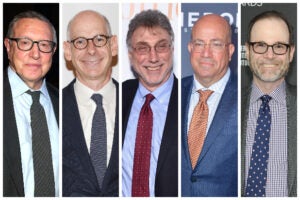 When CBS premieres its reboot of “The Equalizer” starring Queen Latifah following Super Bowl LV on Sunday, it will mark something the network hasn’t done in more than twenty years.

“The Equalizer,” a reboot of both the 1980s TV series and the Denzel Washington-led films, will be just the third time CBS has ever used television’s best real estate — the post-Super Bowl time slot — to debut a scripted series. The previous two times came in 1990, with the short-lived “Grand Slam,” which was pulled after only 6 episodes, and the sci-fi series “Airwolf” in 1984.

Traditionally, networks airing the Super Bowl use the prime real estate to debut something network executives expect to be a broad hit (“four-quadrant” appeal in network-speak), or give a fledgling series a super-sized boost. CBS is used to this. Sunday will be the network’s 21st time carrying the Super Bowl, the most of any network.

“We are continuing to look for shows that appeal to our core viewers, as well as broadening the aperture on what CBS shows can be,” Thom Sherman,  CBS Entertainment’s senior executive vice president of programming, said last week during the virtual television critics association press tour. “It is a big show for us.”

Often times, what is placed after the Super Bowl gives a pretty good look inside which shows the networks’ are banking to be their next big hits. As evidenced by the last time CBS had the opportunity, just two years ago thanks to a swap with NBC, it doesn’t always work out. Following Super Bowl LIII, CBS debuted reality series “The World’s Best,” a global talent competition that was hosted by James Corden and featured Faith Hill, Drew Barrymore and RuPaul as judges. It ended up being the 7th-lowest viewed post-Super Bowl show with a little more than 22 million viewers, which actually would be fantastic in any other setting.

CBS fared even worse with Super Bowl 50, when the network used that time slot on a special “Late Show” during Stephen Colbert’s first year, when he still trying to get out from under Dave Letterman’s shadow. Three years before that in 2013, CBS aired a new episode of then-rookie drama “Elementary.” Those two lead outs were the third and fourth-worst performances by a Super Bowl lead out program.

However, we’d be remissed if we didn’t mention that CBS has had some pretty crummy luck with its recent Super Bowls.

Its most recent Super Bowl was an all-time snoozefest between the New England Patriots and Los Angeles Rams. (Tom Brady is back again this year, though with the Tampa Bay Buccaneers.) The Patriots won that game 13-3, the lowest-scoring Super Bowl ever. The Patriots scored the game’s only touchdown midway through the 4th quarter. Super Bowl 50 in 2016 was another defensive battle despite featuring Cam Newton against future Hall-of-Fame quarterback Peyton Manning. And Super Bowl XLVII in 2013 is remembered mostly for its 34-minute power outage at New Orleans’ Superdome in the middle of the second half, which caused “Elementary” to have the latest start time for any of these post-Super Bowl shows.

Luckily for CBS, this year’s matchup looks like it could be an all-time classic. Brady and the Bucs — the first team to ever play the Super Bowl in its home stadium, Tampa’s Raymond James Stadium — will try to deny the Kansas City Chiefs and star quarterback Patrick Mahomes their second-straight championship. Brady, already the most decorated player in NFL history, is trying to add a seventh title to his collection. Throw in the ongoing COVID-19 pandemic that should (we sincerely hope) keep just about everyone in their homes and out of bars, and that gives CBS a good shot to get a ton of eyeballs in front of its newest drama.

Some of the biggest series have had their debuts after The Super Bowl, including “Homicide: Life on the Street,” “Family Guy,” “The Wonder Years” and two of CBS’ biggest reality hits: “Survivor” and “Undercover Boss.” “Jimmy Kimmel Live” also had its debut on ABC the night of Super Bowl XXXVII in 2003, though it didn’t directly follow the game.

“The Equalizer” hopes to follow “The Wonder Years” path and not Fox’s ill-fated reboot of “24.”