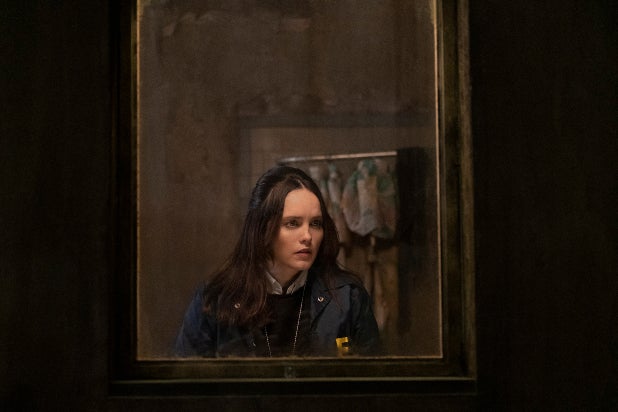 CBS’ upcoming “Silence of the Lambs” sequel, “Clarice,” will have a Hannibal Lecter-sized hole in it.

Despite taking place a year after the events of the film, the CBS series will not actually mention Anthony Hopkins’ cannibalistic serial killer by name — and it’s all due to a confusing rights issue.

“I’m still trying to understand how the rights are divided,” executive producer Alex Kurtzman told Entertainment Weekly. “But it’s been quite liberating because we have no interest in writing about Hannibal — not because we didn’t love the films and the show, but because it was done so well by so many people that it didn’t feel fresh for us.”

According to EW, the rights to Thomas Harris’ characters are split between MGM and the Dino De Laurentiis Company. This means that, unlike NBC’s “Hannibal,” the CBS series has the rights to all the other characters from Harris’ novel, including Clarice Starling (Rebecca Breed picks up the role from Jodie Foster), Ardelia Mapp (Devyn Tyler), Deputy Assistant Attorney General Paul Krendler (Michael Cudlitz) and the late serial killer Buffalo Bill (played by Ted Levine in the 1991 film). Even Catherine Martin (Marnee Carpenter), who Buffalo Bill kept in captivity in the film, adopts her dead captor’s dog in the series, in what is an, ahem, interesting decision.

“Catherine Martin is a strange, fun-house-mirror version of Clarice,” Kurtzman said. “They both shared this hell experience, but have been marked in different ways. Whereas Clarice is running from the fear and the pain, psychologically, Catherine is still in that well. So she is like a truth-teller.”

The drama will premiere on Wednesday, Feb. 11 at 10 p.m. You can watch a teaser here.

Here’s the logline for the new series:

“Clarice” is a deep dive into the untold personal story of FBI Agent Clarice Starling as she returns to the field in 1993, one year after the events of “The Silence of the Lambs.” Brilliant and vulnerable, Clarice’s bravery gives her an inner light that draws monsters and madmen to her. However, her complex psychological makeup that comes from a challenging childhood empowers her to begin to find her voice while working in a man’s world, as well as escape the family secrets that have haunted her throughout her life.