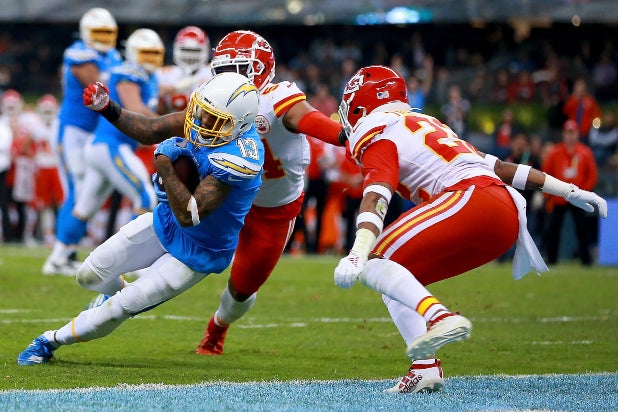 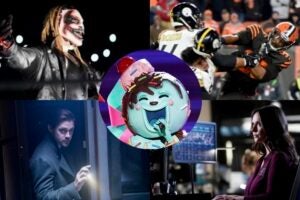 Fox Has Won 6 Weeks of Ratings in a Row for the First Time Ever: Here’s How

Disney is all-in in the streaming era. Yet one of its most profitable assets, ESPN, has been reduced to a sideline player instead of a star athlete.

Though the launch of Disney+ was among the most anticipated product debuts in recent memory, it wasn’t the first Disney-owned streaming service. ESPN+ hit the market in April 2018, and now counts more than 3.5 million paying subscribers.

The app gives sports enthusiasts thousands of live games from MLB, MLS, NHL, soccer from England, Germany and Italy, and college football and basketball games from the Big 12 and more than a dozen mid-major conferences like the Sun Belt and Ivy League. ESPN signed a major rights deal with the UFC last year that makes ESPN+ the main host for fights. ESPN+ also offers users access to its “30 for 30” documentary series archive, and exclusive shows like Kobe Bryant’s basketball breakdown show, “Detail,” and Peyton Manning’s “Peyton’s Places” and the revived “NFL Primetime.”

But what you won’t find on ESPN+ are events like the College Football National Championship, “Monday Night Football” or the NBA Finals. And that lack of big-ticket live sports hampers ESPN’s ability to create a truly robust offering that’s on par with Disney+, which has brought brands like Marvel, Pixar and Star Wars under one roof.

“Success for ESPN+ probably doesn’t look like 20 million-50 million subscribers, given that 95% of live Tier 1 sports content still monetizes fully on established platforms,” said Patrick Crakes, a former Fox Sports executive who now works as a media consultant, who believes that ESPN+ could get to 15 million within the next five years. In comparison, Disney+ is projected to have as many as 90 million subscribers in that same time frame.

Disney’s bundling of ESPN+, Disney+ and Hulu (the ad-supported version) costs $12.99 a month, or the same cost as Disney+ ($6.99) and Hulu ($5.99) together. Disney is essentially giving away ESPN+ for free, hoping to boost subscribers.

As viewers have shifted their habits away from linear TV into a more on-demand/on-their-own-time world, live sports have been the last remaining pillar holding up the old legacy TV model. That puts ESPN — which is paying out billions of dollars each year to the MLB, NFL, NBA and NCAA for high-profile sports rights — in an awkward position.

The network is caught between the old guard of the traditional TV bundle, and the new streaming world. ESPN has been one of the most reliable cash cows for Disney, bringing in more than $10 billion in revenue a year, according to S&P Global Market Intelligence. That is despite continued subscriber losses that come amid a larger dwindling of the pay-TV bundle. ESPN lost 3 million in 2019, and has shed 16 million since 2013.

“They are taking a very measured approach by adding complementary sports not substitutional sports. They will do this as long as possible as not to further upset the pay-TV apple cart,” Michael Nathanson, an analyst at MoffetNathanson, told TheWrap.

The next few years will give a good indication into how Disney brass views the health of the legacy TV model.

In 2021, ESPN’s “Monday Night Football” contract with the NFL expires, and its MLB deal is up for renewal the following year. DirecTV’s exclusive NFL Sunday Ticket package, which offers its subscribers access to every out-of-market game, will be up for grabs in 2022, along with NBC, CBS and Fox’s broadcast rights.

Also Read: WarnerMedia's John Stankey on Disney+ Hot Start: 'How Many of Those 10 Million Customers Are There In 6 Months?'

There is increased interest from sports leagues in carving out streaming rights packages. Both Amazon and Twitter have signed streaming-only deals for “Thursday Night Football” in the last few years, and CBS All Access has rights to the NFL and college football games that air on the CBS stations. But ESPN could be robbing Peter to pay Paul.

While giving ESPN+ access to “Monday Night Football” and other top shelf sports would undoubtedly make it more attractive, it could make it harder for Disney to command its hefty subscriber fees from cable and satellite companies — ESPN commands more than $9 a month per subscriber, one of the highest price tags of any TV channel. A price hike for ESPN+ would be likely, in order to keep its pay-TV providers happy. It’s a similar situation that WarnerMedia faces with HBO Max, which will costs $14.99 a month when it rolls out next May, in order to align with the price that Comcast and Charter charge for access to HBO.

Crakes adds there is still too much value in making something like “Monday Night Football,” which is averaging 12.6 million viewers this year (a 6% increase from 2018) no longer exclusive to pay-TV subscribers. “With ‘Monday Night Football,’ I would suggest it stays in ESPN exclusively in the next NFL deal. It’s just not time to walk away, yet,” said Crakes.

“It’s a trade-off,” Kevin Mayer, chairman of Disney’s direct-to-consumer and international business, said during an industry conference on Tuesday. “When the pay-TV numbers are low enough and all you have is sports fans that are in that bundle, does it makes sense at that point, rather than wholesaling to what’s basically a sports-fan only bundle, to be a retailer?”

Putting ESPN’s biggest and best live sports on ESPN+ could be seen as a prelude to going fully over the top and offering its entire network outside of the pay-TV ecosystem, much like HBO and Showtime have done. But Nathanson doesn’t see that happening anytime soon: “Maybe in 10 years time, they will go full a la carte, but not now,” he said.

Even so, Mayer hinted that was a possibility.

“At some point, we very well could make the a la carte option available over-the-top for ESPN. We’re not at that point now, and I don’t think we’re very close to that point,” he said. “People are still well-served in the bundle that are sports fans. But we’re always monitoring the situation.”