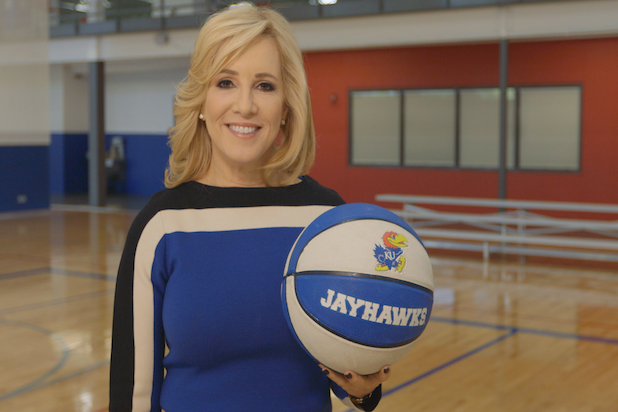 Fox Business Network’s Jamie Colby went from practicing entertainment law in Los Angeles to traveling the world, showcasing bizarre and unusual items that have been passed down on “Strange Inheritance.”

“From my point of view, all I heard was the title ‘Strange Inheritance’ and, having practiced law for 10 years in the entertainment industry in Los Angeles with Johnny Carson and Joan Rivers and other people, I had helped people build wealth and I had never really thought about what happened after you acquired things and it was time for someone to inherit them. So I was intrigued immediately,” Colby told TheWrap from the home of a “very famous” publicist where she was set to speak with Hollywood icon Tippi Hedren for an upcoming episode.

“There has definitely been a celebrity element and, as an entertainment attorney prior to this new career in news, I have particular interest in coming back to the old neighborhood,” Colby said.

As a Fox Business journalist who spent 2016 completely skipping election coverage to travel the world, some may feel she has the best job in cable news, a title that others believe belongs to CNN’s Anthony Bourdain. Despite’s Bourdain sweet gig, Colby prefers her own job.

“You know what, if I was Anthony Bourdain I’d be 800 pounds,” Colby said. “I have a lot of really great experiences and I know that viewers appreciate the travel and the hard work. They realize you can’t do this much without making a sacrifice. I do feel blessed and I’m extremely grateful.”

The inherited items that have caught Colby’s attention this year include the oldest pair of Levi jeans in the world, Abraham Lincoln’s childhood mallet and the Magna Carta of basketball.

Colby said the project was brought to Fox by Towers Productions, the production company responsible for hits including The History Channel’s “Gangland,” National Geographic’s “Inside 9/11” and The Weather Channel’s “Storm Stories.”

The show airs in primetime throughout the week and has an evergreen feel that allows Fox Business to showcase it whenever the market isn’t open. Season 3 of “Strange Inheritance” features 28 new episodes that kept Colby on the road for 300 days last year to film, and she already has a committed from Fox to proceed with the show’s fourth season.

“We’ve discovered that this is a binge-watched show. Many people watch an episode or two live and then they may just let a bunch record,” Colby said. “It was deserving of as large an order. I remember when I used to package deals in Hollywood, if we got six, eight or 13 episodes of a run of something, it was a big deal. Fox has made a very generous commitment.”

Despite the huge episode order, Colby doesn’t expect to run out of ideas anytime soon.

“In this season, 11 of the 28 shows that we’re doing are from viewer submissions,” Colby said. “They’ve written me, a day later they get a phone call, and a week later I’m in their living room… we’re striking gold.”

The “Strange Inheritance” crew spends a week filming each 30-minute episode, something that translated into 300 nights on the road for Colby in 2016. She’s set for a similar schedule in 2017

“We really take the time to do it right,” she said.