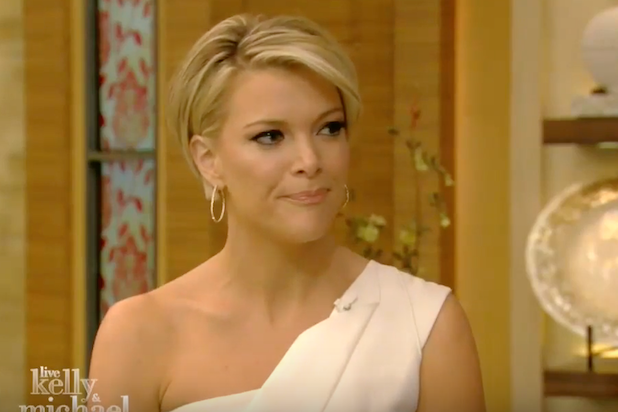 Fox News made Megyn Kelly one of its biggest stars, but her departure after this week for NBC News will have comparatively little impact on Rupert Murdoch’s cable news juggernaut.

Since landing her prime-time gig in 2003, the 46-year-old anchor and host built “The Kelly File” into a ratings darling, finishing 2016 as the second-highest rated show in cable news, behind only her lead-in, “The O’Reilly Factor.”

But the network has a deep bench and numerous personalities who could replicate Kelly’s success after she hosts her last episode of “The Kelly File” on Friday night.

Last week, Sandra Smith filled in for Kelly and managed to beat CNN and MSNBC combined. Smith’s version of “The Kelly File” averaged 2.4 million viewers from December 27-29, while the rival networks combined for 1.7 million viewers. Fox News has a proven formula for prime-time success and network brass knows its audience — now it just has to find the next broadcaster who can fill the slot on a consistent and ongoing basis.

Fox News has already proven that it can seamlessly transition between two hosts, as Tucker Carlson replaced Greta Van Susteren late last year and has been an enormous success.

Carlson took over the 7 p.m. ET timeslot formerly occupied by Van Susteren back on Nov. 14 and ratings haven’t slowed down since then. The first week of “Tucker Carlson Tonight” was the third highest-rated week of the year for Fox News during the 7 p.m. hour, behind only election week and the Republican National Convention coverage.

Fox News has shown that its formula of right-leaning opinionatying translates to success, and has made media-industry stars out of everyone from a former White House press secretary to the former editor of Stuff magazine.

Fox News finished 2016 as the most-watched basic cable network in prime time and total day, a first for the network that has been around since 1996.

The ratings success came despite the ouster of Fox News founder and chairman Roger Ailes last summer amid embarrassing sexual harassment allegations. The post-Ailes team of Jack Abernethy and Bill Shine stepped up and proved that not much can deter Fox News’ loyal viewers.

Meanwhile, it’s important to remember that the Breitbart News-reading, Hannity-loving super conservatives that make up a large part of Fox News’ audience don’t even like Kelly these days. She has even been accused of “clearly” supporting Democratic candidate and presidential runner-up Hillary Clinton.

Ever since Kelly upset Donald Trump and his millions of supporters by asking about his treatment of women during the Fox News GOP primary debate in August 2015, websites such as Breitbart have essentially made her an enemy. Just last month, Breitbart published a story titled, “Source: Fox ‘Sick of Megyn Kelly;’ Fox News Needs to Cut Her Loose.”

While ultra-conservative Kelly haters obviously didn’t impact her strong ratings, they do exist. Kelly has even butted heads with her colleagues in public feuds, including recent spats with both O’Reilly and Hannity.

“Go. We don’t care. Leave. You want to be friends with Anderson Cooper and Don Lemon? Go to CNN. Have fun,” Breitbart quoted a source inside the Fox News building as saying last month.

The end of January will mark 15 straight years that Fox New has beaten CNN in total viewers. Kelly only had a prime-time show for three of those years. We have a feeling everything is going to be OK for the most-watched network on cable.