As the 39th Annual Sports Emmy Awards kick off Tuesday night, the Religion of Sports team under Tom Brady, Michael Strahan and Gotham Chopra (above right) hope that their gritty docu-series “Why We Fight” will be victorious in the Outstanding Serialized Sports Documentary category.

The eight-episode series on Verizon go90 network, executive produced by UFC champion-turned WWE Superstar Ronda Rousey, is far from your typical sports drama — especially as its host unexpectedly relapsed into opioid use during production.

The show was built around active fighter/host Zac “Kid Yamaka” Wohlman, who was recovering from painkiller addiction stemming from injuries in the ring. “He’d been diligently clean and then during our production he had a relapse, and that was something we had to deal with,” Chopra, who recently earned critical acclaim for his Facebook Watch series “Tom vs. Time,” told TheWrap.

The relapse naturally sparked a moral dilemma for the filmmakers, along with a logistical nightmare, especially regarding insurance issues. “We had a moment where we asked ourselves ‘what are we going to do and should we really be doing this? And, if we’re doing it, how do we support Zac? Are we going to acknowledge it?'” Chopra said.

In the middle of shooting an episode in Tijuana, Mexico, Zac told a fighter who they were filming about his addiction, and from then on “it became a part of the series,” the director said. “I think that as much as it is a show about fighting, it is also a show about opioid addiction, which is a huge issue in this country.

“It became personal and emotional … which really differentiated the series from being another travel show about another sport,” the filmmaker, who is the son of spiritual guru Deepak Chopra, said. “They call it ‘unscripted television’ for a reason, you can go in with an agenda and an outline of what you are going to do but you have to be able to adapt. That sort of tension and drama is what makes these series great, if you have to deal with stuff and if you do it honestly — it really shines through,” he added. 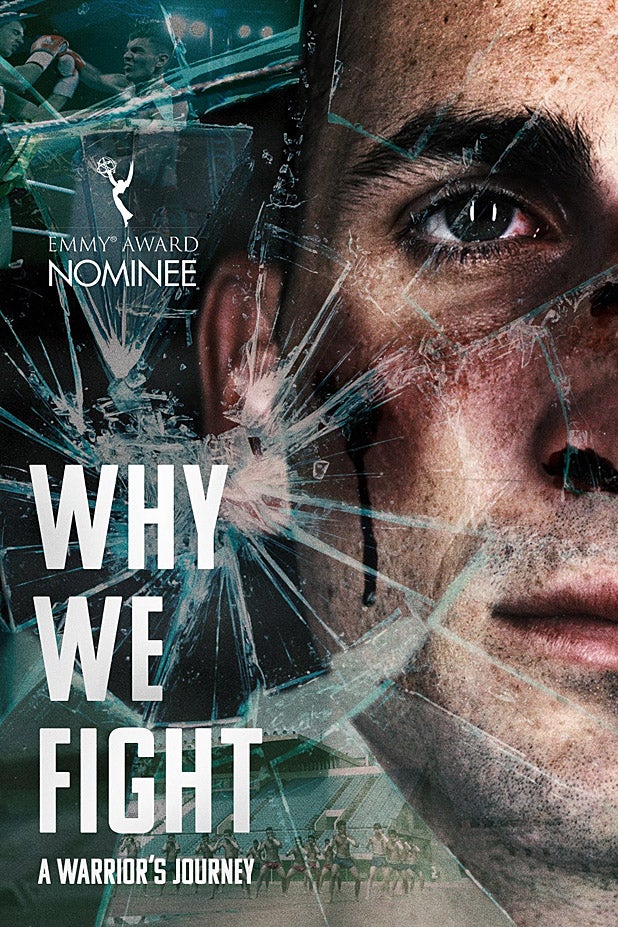 Another factor contributing to “Why We Fight’s” appeal was the subject matter, Gotham said. “There is something primordial about it. Fighting is the oldest sport we have, and UFC is a modern day version of it harking back to when two people went into a cage and only one person came out,” he explained.

“Early on in the production, someone said that if you went to a street corner and Kevin Durant and LeBron James are playing one-on-one basketball, Tom Brady and Gronk are playing catch, and two guys you’ve never seen before are having a fist fight — what are you going to watch?” he asked about the must-watch phenomena of fighting. “That really resonated with me and I think it’s true.”

Along with the unexpected storyline of Wohlman’s drug relapse, “Why We Fight” had the benefit having Rousey as an executive producer. “In my opinion, she is one of the most iconic names in fighting. She has really invented herself and is super passionate about what she does,” Gotham said.

The series’ Sports Emmy nomination marks the first for Gotham, Brady, Strahan and co., and was a “pleasant surprise” for the director. “Why We Fight’ doesn’t have a big name attached to it like Tom or LeBron James, as nobody really knows who Zac is, and go90 is not Facebook or Netflix,” Gotham said. “I look at the shows we’re in competition with in this category (such as HBO’s “Hard Knocks” and Showtime’s “A Season With Navy Football”) and it’s pretty intimidating,” he added.

Watch the trailer for “Why We Fight” here.