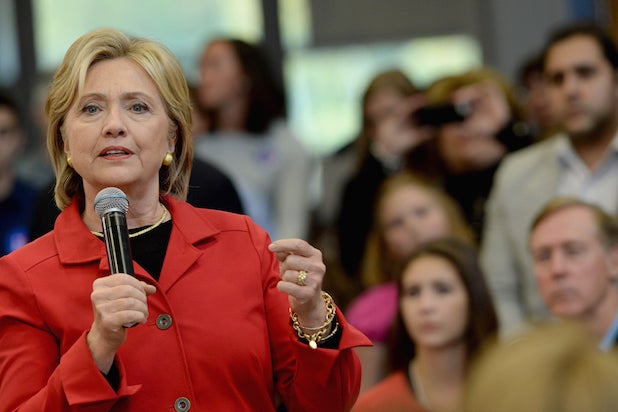 Hollywood supporters of Hillary Clinton are keeping a close eye on the Democratic debate in Las Vegas, Nevada, on Tuesday to see how the former secretary of state and party frontrunner handles her first face-to-face match up against primary rivals.

The entertainment industry has a lot invested in this race since many came in strong and early for Clinton. But while she still enjoys wide support among industry donors and fundraisers, her sliding poll numbers in the wake of her use of a private email server during her years as secretary of state has unnerved some of her backers.

A good showing on Tuesday is not only desirable but also crucial.

“We haven’t seen Hillary in a debate setting for a while,” L.A.-based Democratic political consultant Donna Bojarsky told TheWrap. “It’s fair to say people are curious to see how she will present herself, how she will protect herself and how she will inevitably be forced to defend herself.” 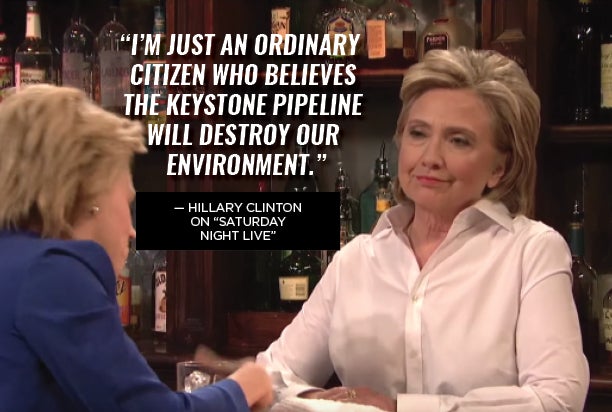 The former secretary of state seems to be on the defense at the moment. “The Hollywood community has been very excited about her, but we’ve been bogged down by the email story, which doesn’t seem to go away,” Clinton fundraiser and CAA agent Darnell Strom told TheWrap. “This will finally be an opportunity for Hillary to stand on stage as the single most qualified candidate to be the next president.”

As the frontrunner, it’s likely Clinton will be the center of attacks from fellow candidates, particularly when it comes to her changing positions on issues such as trade and same-sex marriage. 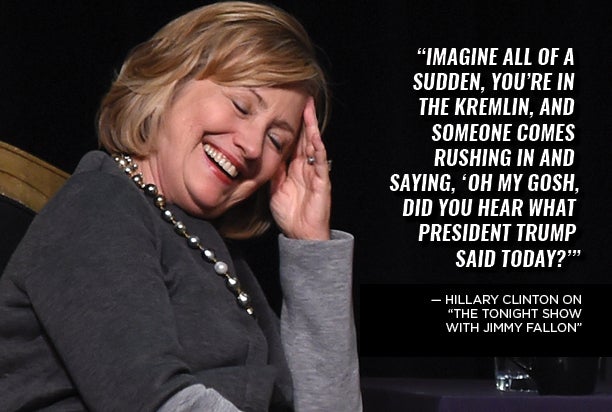 “That’s the whole test for her,” said one Hollywood insider who wished to remain anonymous. “How will she deal with the ‘evolving’ of some of her positions, which others will call ‘flip-flopping’? Personally, I think allowing politicians to evolve on a point of view is a grown-up thing to do.”

Here are her five biggest vulnerabilities:

1. The never-ending email story
Much has been written about Clinton’s use of a private email server during her years as secretary of state, mostly by conservatives. First, she insisted she did nothing wrong. Then she apologized. But even though President Obama told “60 Minutes” on Sunday that her possession of the email server “is not a situation in which America’s national security was endangered,” the story doesn’t seem to go away. Clinton will have to take a page straight out of Goldilocks when addressing this topic: not too apologetic… but just apologetic enough.

2. Same-sex marriage
While Clinton has been a staunch supporter of the LGBT community, she was slow to jump on the bandwagon supporting same-sex marriage. It wasn’t until 2013 that she finally came out in favor of allowing gays and lesbians to tie the knot. Former Maryland Governor Martin O’Malley signed a bill legalizing same sex marriage in his state in 2012, while Bernie Sanders voted against the 1996 Defense of Marriage Act, which defined marriage as between one man and one woman (and was signed into law by then President Bill Clinton). 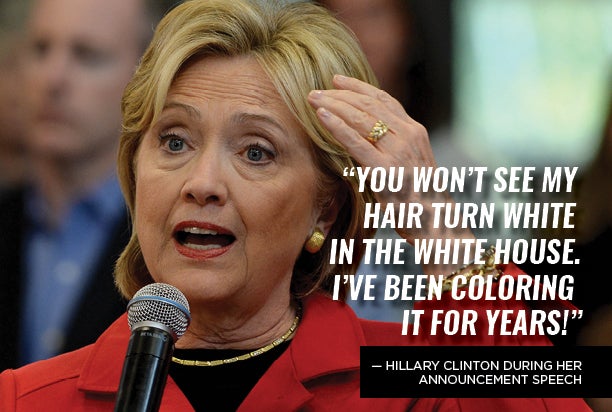 3. The Trans-Pacific Partnership Agreement
Last week, Clinton broke with the White House by opposing its major Pacific trade agreement. The move represents a reversal on the issue that rivals will likely dub as “flip-flopping.” Clinton will have to explain why the move was not a calculated attempt to secure the support of influential labor unions.

4. Benghazi
While the Benghazi controversy is more of an issue for Republican voters than Democrats, Clinton’s campaign has been struggling to shake off criticism of her handling of the deadly attack on a U.S. diplomatic compound in Libya. Making matters worse, she’s scheduled to testify Oct. 22 in front of a congressional panel investigating the matter. On the other hand, recent comments by California Rep. Kevin McCarthy on Fox News — suggesting that the Benghazi special committee was mostly a partisan ploy to take down Clinton — may have handed her a get-out-of-Benghazi-free card.

5. Iraq
It’s likely Clinton’s vote to support the Iraq war will also make an appearance during the debate. On Saturday, Vermont senator and presidential candidate Bernie Sanders fired off a press release attacking his rival’s vote authorizing the war. In 2008, then-Senator Barack Obama used that vote to question Clinton’s judgment and her character. It’s safe to say the issue will come up again on Tuesday, especially since Sanders voted against the war.