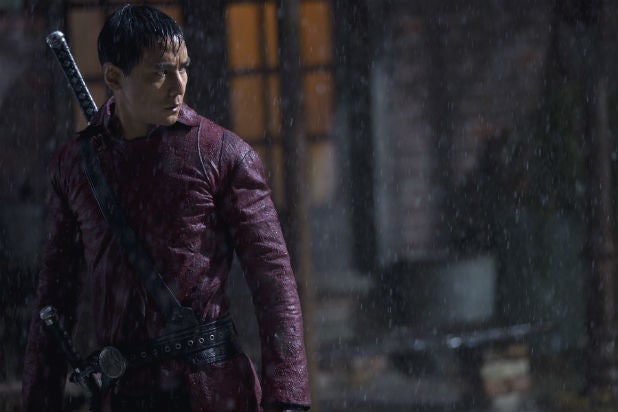 AMC will launch its new martial arts-based series “Into the Badlands” on Sunday, taking a chance on a genre that has seldom found a place on U.S. television.

Very few live-action primetime shows with a focus on martial-arts combat have landed a large audience in this country, with a few notable exceptions.

The most significant example is the 1972 series “Kung Fu” starring David Carradine as a Shaolin monk wandering the Wild West. That show aired in primetime for its entire three-season run.

Beyond that, the examples get scarce. One could argue that 1966’s “The Green Hornet” was a martial-arts show, based solely on the fact that Bruce Lee starred on the series opposite Van Williams. But it aired for only one season before signing off.

“I think [martial-arts shows] appeal to a small audience,” David Desser, professor emeritus of cinema studies for the University of Illinois at Urbana-Champaign and an expert in Asian cinema, told TheWrap. “I think that the popularity is relatively confined. First to the people who originally discovered it back in the 1970’s and then to young people.”

Indeed, most of the kung fu shows that have found success in the U.S. have been marketed to kids. “The Power Rangers” has been on the air since 1993. “Avatar: The Last Airbender” was an animated series that ran for four seasons and inspired a live-action feature film and the new series “Avatar: The Legend of Korra.”

Also Read: Daniel Wu Wields a Sword and Rides a Motorcycle in 'Into the Badlands' Sneak Peek (Exclusive)

So why haven’t adult-oriented martial arts shows been able to maintain any staying power in this country?

“I don’t think there’s enough of a kind of continuity,” Desser said. “In Hong Kong, they have generations–every generation produces actors, directors, fight choreographers by the score. In America I don’t think you have a core to continue this kind of thing.”

“We could say that in America, martial arts movies require another genre,” he continued. “Not just action, but fantasy or science fiction.”

That is one of the things “Into the Badlands” has working for it. The show blends elements of several genres, including post-apocalyptic sci-fi and Westerns.

According to series creators Miles Millar and Alfred Gough, the show has placed a serious emphasis on creating cinema-quality martial arts sequences.

“In order to create the epic martial arts fights you see in ‘Into The Badlands’ we had a full time concurrent fight unit which was almost as big as the main unit,” Millar told TheWrap. “We never saw the action as secondary, it was integral.”

“Our creative partners are a triple threat of Hong Kong martial arts talent: fight director Stephen Fung; fight choregrpaher Dee Dee Ku; and our star Daniel Wu, who is a Wu-Shu master,” Gough told TheWrap. “We gave them the freedom and respect to do what they do best which is create mind-blowing action sequences.”