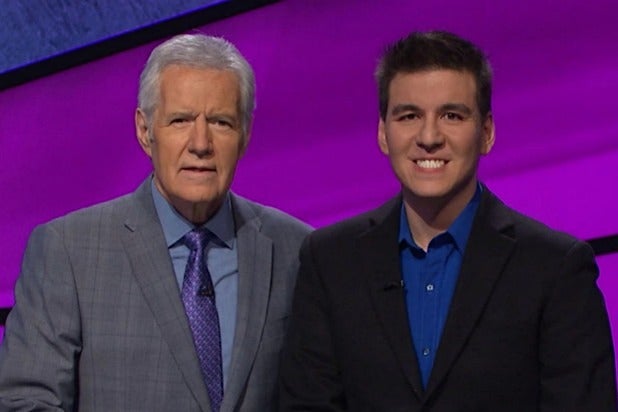 “Jeopardy!” champion James Holzhauer is nearly $2.5 million richer, thanks to a quick mind and even quicker thumb reflex, but there is one person who is hoping his winning streak ends sooner rather than later — his 4-year-old daughter.

“My kid cried about the possibility of her dad losing, so I told her we could have a party the day after it inevitably happens. Now she cries when I win,” the sports gambling pro tweeted Sunday.

Holzhauer, who has won 32 games thus far, will be returning to the show on Monday just $58,484 shy of Ken Jennings’ all-time record high of more than $2.5 million. Holzhauer currently holds the record for most single-game earnings with $131,127, so for him to win $58,000 in one game is entirely possible.

Although ratings for the syndicated game show have spiked by double-digit percentages since Holzhauer began his winning streak, the Washington Post noted that some people are actually rooting for him to lose.

“Some people, particularly longtime ‘Jeopardy!’ viewers, are now rooting against James Holzhauer. This is preposterous. We’re supposed to begrudge him because he plays the game at the highest level ever? You want to see his genius disappear?” Post Sports tweeted Sunday to promote their piece, “Quit rooting against James Holzhauer’s must watch ‘Jeopardy!’ run. Appreciate greatness.“

How great, you ask? According to a video posted to Jeopardy.com May 24, on average, Holzhauer’s responses have been 97% accurate and as of Holzhauer’s first 31 games, his average daily winnings were $76,858.