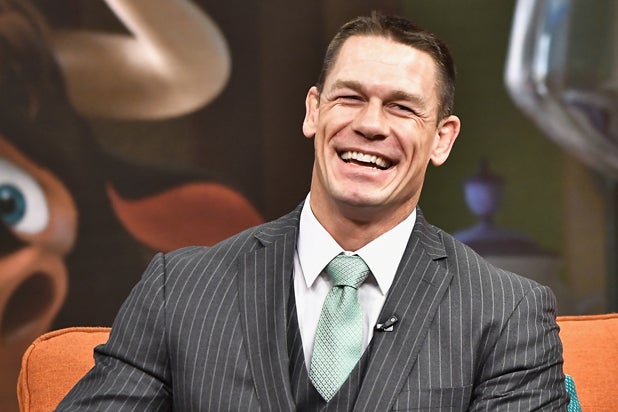 John Cena has repeatedly been compared to Dwayne “The Rock” Johnson but those similarities don’t stretch to presidential aspirations.

While Johnson has repeatedly pondered running for president, Cena told TheWrap that he has no interest in politics.

“I am about having fun and politics don’t seem too fun nowadays,” he said.

Currently starring in R-rated comedy “The Blocker,” voicing the new villain in Nickelodeon’s “Rise of the Teenage Mutant Ninja Turtles,” plus set to host the 2018 “Nickelodeon’s Kids’ Choice Awards” and competition series “Keep It Spotless,” we’re not sure when Cena would even have time to dip his toe into the political landscape.

Oh, and he’s still one of the biggest names in the WWE as well.

As for being compared to Johnson — who also first gained mainstream fame with the WWF and WWE before becoming an action hero and box office king — Cena has no complaints about that.

“I think Dwayne Johnson has set the bar very high and he is an anomaly. He truly is taking over the world,” Cena told TheWrap. “I am glad that after 15 years on WWE I am able to branch out in other ways. Even to be put in the same conversation as Dwayne Johnson is an honor, so I am off to a good start.

“One of these days I will be an overnight sensation!'” he joked, about earning his stripes both inside the squared circle and in Hollywood.

While you won’t see Cena in the White House, you can catch him on WWE “SmackDown,” all over Nickelodeon and at a multiplex near you.