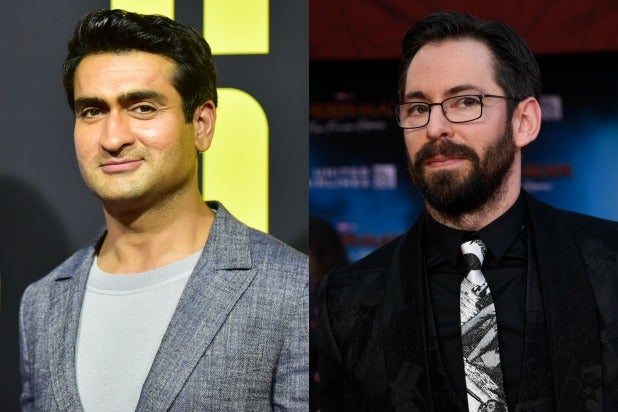 When Kumail Nanjiani realized he wouldn’t be able to make it to his scheduled appearance on “Conan” last week, he tried to make up for the last-minute cancellation by enlisting “Silicon Valley” co-star Martin Starr to go in his place.

Unfortunately, Conan O’Brien had already moved on with an episode-long bit poking fun at Nanjiani bailing on him, which involved O’Brien’s longtime assistant, Sona Movsesian, and promoting “The Lion King” over Nanjiani’s new movie “Stuber.”

Nanjiani and O’Brien broke down the now-infamous cancellation on Monday’s episode of Conan’s podcast, “Conan Needs A Friend,” with Nanjiani revealing his “Silicon Valley” shooting schedule was to blame for his absence on the TBS late-night host’s show last Thursday.

“You are famously a very nice guy,” O’Brien said. “You are extremely hard working. You are punctual. This is not your MO at all, this is something that was out of your control.”

“Yes, it was completely out of my control,” Nanjiani said. “I was shooting ‘Silicon Valley.’ They said they’d have me out at a certain time. The details are, there’s a scene we were shooting, I was gonna be just in the last bit of the scene. They said, ‘we’ll shoot your bit of the scene and then you’ll get out. And as soon as we rehearsed they were like, even though you’re only in the last page, you’re not going to be able to leave, just cause of the way that it’s set up.’ And they were right. There was just no way that they could really get me out.”

Nanjiani continued: “As soon as I found that out, I called my people and was like, hey what’s gonna happen? And they were like, you have to get there. And I was like, then talk to ‘Silicon Valley.’ And it just wasn’t gonna happen. I actually texted friends as a replacement and Martin Starr agreed to do it because he was not in that scene.”

But Starr wasn’t needed, because when O’Brien found out Kumail wasn’t coming about 25 minutes before the show started, he decided that instead of finding someone else, “let’s just have fun with the fact that we only have one guest on our show and the guest didn’t come, and I’ll talk to Sona, my trusty assistant.”

And many fans loved the impromptu bit, including Nanjiani, who got a lot of heat in headlines and on social media for skipping out on “Conan.”

“When I started watching your monologue when I wasn’t there, I was like, every other word, ‘I would love this, the only problem is it’s f–king about me,'” Nanjiani said. “And it was such a great show and I was like, the best ‘Conan’ I did was the one I didn’t do.”

But the actor still hasn’t been able to get through the entire episode, because he says 90 seconds in, he “started sweating.”

Also Read: 'Silicon Valley' to End After Season 6 on HBO

“I really, really had such a physical reaction to it,” he said. “I felt so bad.”

Conan says because of the backlash over Kumail’s absence, he’s trying to help explain what happened.

“That’s why I wanna help get the word out that we are friends and I’m a longtime fan of yours and a big admirer of yours and this had nothing to do with you,” O’Brien said.