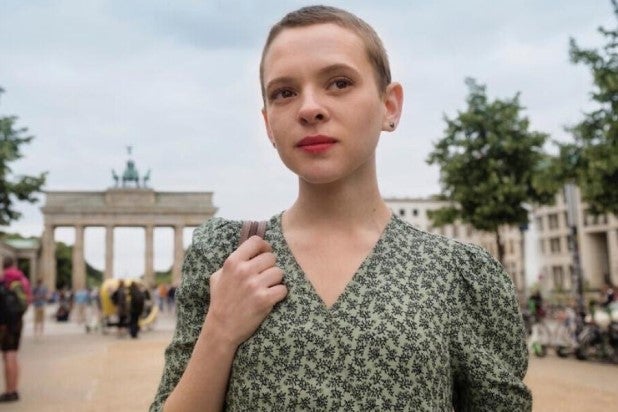 Now that “Unorthodox” has been awarded an Emmy, here’s how I envision the continuation of Esty’s story if there’s a second season. (Editors note: Producer Anna Winger said a follow-up is not planned.)

As a formerly ultra-Orthodox person myself, I’ve related to Esty’s struggles adjusting to a secular world, which is similar to being a domestic cat who has moved into the wild.

Esty took the unpredictable journey of becoming a wild cat by leaving the ultra-Orthodox community. But even though she is free from the constraints of the strict Jewish tradition, she ultimately will look back on the structures and guidelines of Jewish law that she had in her past life. When Esty will feel lonely or lost, she will gain strength by leaning on those Jewish values.

When I first arrived in New York, I felt like a kid in a candy store shopping for the most fashionable clothes and accessories. Though I looked like I was a typical stylish young New Yorker, all it would take is a short conversation to reveal that where I came from might as well have been a different planet. Like Esty, I learned that you can take the Hasidic girl out of the community, but you can’t take the Hasidic community out of the girl. Esty’s escape from Brooklyn to Germany represented her physical change, but her mind still functioned as if she were in the Hasidic community.

Esty will experience many challenges in her private life. She will need to rethink everything she has ever been taught as the outside world is so different from how she was raised. She’s not part of the Hasidic community anymore but she certainly doesn’t feel as if she belongs in the secular world either.

On a podcast with TheWrap, Shira Haas compared Esty’s departure from the Hasidic community to that of an inmate leaving prison. While a prisoner would not wish to go back to jail, a former Hasidic person might wish to return back home to the comfort and familiarity of all he or she has ever known. I still appreciate many of the good things of the ultra-Orthodox community in Jerusalem — the beauty of a community where caring for others is the top priority is a value ingrained in our community from birth.

As I watched the first season, it was a bit hard for me to accept Esty’s presence in Germany when her upbringing was consumed by the Holocaust, even though her mother lives there and arranged for her German passport.

The fact that Esty’s family was decimated in the concentration camps is something she will remember forever. At the dinner table, for example, children are prodded to never leave a bite left on their plates out of respect for the Jews who were starved to death and killed by the Nazis.

Even if a second season is not in the cards, I know watching Esty grow and change in an evolving Germany would be rich material to explore. I will continue to imagine how Esty might be doing — how she will handle her musical studies, her love life, spiritual life and relationships.

I will play out how she might live her best life and know that if she can navigate her world, difficulties and all, so can I.

View In Gallery
BIO Ayelet Raymond
Ayelet Raymond is a film and musical director who lives in New York City. She collaborated with young Broadway performers to create the American children’s television show My Hebrewland. She is the creative force behind the Kosher Barbie character and social media personality.