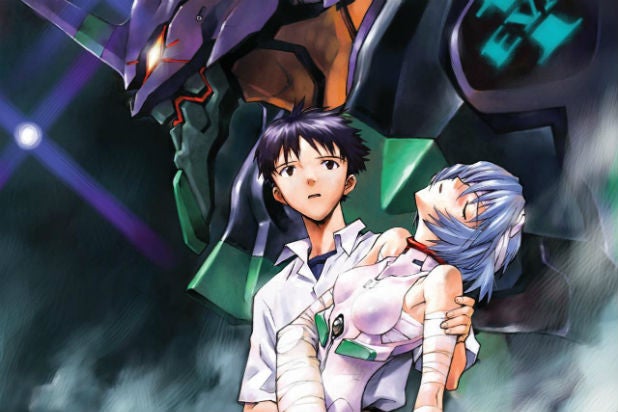 The re-dubbed version of cult-classic ’90s anime series “Neon Genesis Evangelion” hit Netflix on Friday, but as many fans quickly noticed, its iconic “Fly Me to the Moon” outro wasn’t along for the ride — at least not in all territories.

Instead of hearing Karaoke-style covers of the Frank Sinatra hit, which is what was originally used for the series’ closing credits, U.S. subscribers were treated to a piano version of another track from the show’s score. “Fly Me to the Moon” was also replaced in other parts of episodes where it was originally included as background music.

However, Twitter users noted that this change isn’t universal, as Netflix Japan’s version of “Neon Genesis Evangelion” does have the original outro music.

So why was it cut from the U.S. English-dubbed version and why isn’t that cut consistent across the board? The simple answer is licensing fees.

An individual with knowledge of the production told TheWrap that Netflix worked with Gainax, the Japanese studio that made the original anime series, when licensing the 26-episode show for its new English-language voice cast version. “Fly Me to the Moon” was among a “few select” assets the streaming service was unable to obtain for all regions, due to the way the song was priced for global rights.

“Neon Genesis Evangelion” first aired in 1995 in Japan. The anime was translated and distributed in the U.S. by ADV Films in 1997, becoming a cult hit among American viewers after achieving success in its native country.

In late 2018, Netflix announced its plans to stream a new re-dubbed version of the show and acquire the two “Evangelion” movies, “Neon Genesis Evangelion: Death & Rebirth” and “The End of Evangelion.”

See tweets about the “Fly Me to the Moon” cut below.

Neon Genesis Evangelion ending: "Fly Me to the Moon" by Claire
We won't forget you… pic.twitter.com/eAchV5IjFW

Funny thing is, on Japanese Netflix, Fly Me to the Moon's on there. Definitely must be a copyright issue. pic.twitter.com/YTIrRygzZ0

Netflix US Evangelion has missing music cues and the iconic karaoke style covers of Fly Me To The Moon that used to end every episode, but Netflix Japan has it, probably because of not paying for a music license. Really dismaying streaming can do this. https://t.co/YXfzcmLswE

Netflix: doesn’t keep Fly Me to the Moon as the #NeonGenesisEvangelion ending

Netflix will spend $100 million to license Friends but says that licensing the song "Fly Me To The Moon" for Evangelion was too much.

NEON GENESIS EVANGELION: FLY ME TO THE MOON NOT INCLUDED

That feeling when Fly me to the Moon doesn't start playing at the end of #Evangelion. What the hell kind of decision was that? pic.twitter.com/ga6RWOIVAq

When you find out Netflix Evangelion doesn’t have fly me to the moon pic.twitter.com/YwALgSHaD2

They removed Fly Me To The Moon from the Netflix release. 🙁 #NeonGenesisEvangelion