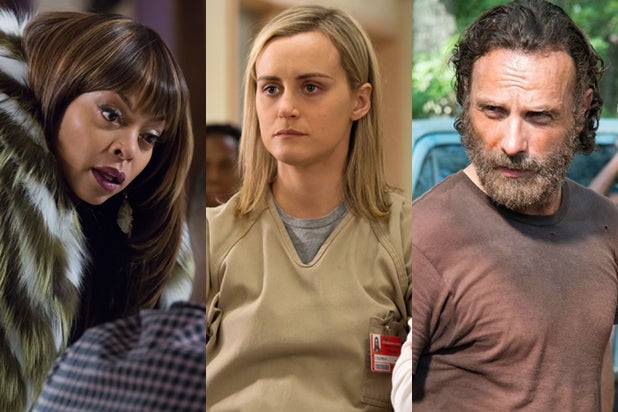 Netflix doesn’t release viewership numbers. But Ted Sarandos, the company’s top creative executive, sure does like to talk about them.

At his keynote during the UBS Global Media and Communications Conference in New York Monday, Netflix’s chief content officer was informed by his interviewer that, according to Nielsen, one of the streaming service’s shows had during one spring week garnered more viewers any show on television but one, HBO’s “Game of Thrones.”

“I bet they were wrong,” Sarandos replied. “I bet we were number one.” He went on to tout Netflix’s original series as “among the most watched shows on television.” He offered no data to back up that claim.

Discussing viewership without mentioning actual data has become habit for Sarandos. In doing so he has become one of the lead offenders behind a creeping squishiness in the once rock-solid practice of measuring TV viewership and further muddied the waters when it comes to who is and who isn’t producing successful series content at a time of unprecedented competition in the TV business.

Speaking at the Television Critics Association summer press tour in July, Sarandos declared Netflix’s “Orange is the New Black” “one of the most watched and most beloved shows on television.” Before and since he has doggedly refused to release viewership data, arguing that doing so would not be germane to the business of an ad-free, subscription-based service.

That’s a fair point. Nielsen ratings are ordered by client networks not for fun, but to provide a trusted metric against which ads can be sold. Netflix is not a Nielsen client and likely won’t become one soon.

“The big player that hasn’t wanted to work with us up to date is Netflix,” Nielsen U.S. media president Lynda Clarizio told TheWrap in August. “We would love them to work with us, but they haven’t deemed that a priority for them.”

Nielsen does, however, have an idea of how many people are watching some of Netflix’s originals, thanks to voice-recognition software being embedded in episodes by some of Nielsen’s studio clients. That’s where the data cited by Sarandos’ moderator likely came from. But Nielsen continues to be tight-lipped about its findings.

If Nielsen’s mystery data is correct, however, one company can provide a hint as to how many people actually watched that unnamed Netflix show — HBO.

In what HBO calls “gross audience,” “Game of Thrones” — the one series cited as having bested Netflix’s show this spring — averaged 20.2 million viewers per episode during its most recent season. That number rolls up Nielsen seven-day delayed viewing ratings with on-demand and digital viewing data.

It also puts “Game of Thrones” in the same neighborhood as television’s most-watched shows. “The Walking Dead,” the highest rated program on television by traditional Nielsen metrics, averaged 21 million multiplatform viewers in the first half of its current season, according to AMC. Fox’s “Empire,” the highest rated non-sports show on broadcast, is averaging 21.2 million per 30 days of viewing this season, according to Fox.

The problem with those numbers is that they’re not independent. There is no way to ensure that Fox is counting digital viewing the same way that AMC or HBO or Netflix is. Because viewing is taking place across multiple competing platforms and being measured by different teams of researchers using different products, it almost certainly is not.

In an environment where viewership is counted in the millions but can shift by a few hundred thousand here or there based on method, claims over whose show is the most watched are meaningless. Thus the race is on to build a package of products that will fill the void in television measurement — where Nielsen’s linear ratings, long the industry standard, no longer tell the whole story — is on.

Nielsen has acknowledged as much with the introduction in October of its Total Content Ratings, which it bills as an all-inclusive multiplatform measurement. Rentrak and Comscore also responded to the current state of affairs by announcing in October plans to merge. “If you listen to all of the CEOs of the great content companies, they all say that there’s a crisis of measurement,” Bill Livek, CEO of Rentrak, told TheWrap at the time.

That crisis has created a void that Sarandos and others can fill with any fact they want, without any regard to accountability. Asked repeatedly by what methodology Netflix had determined that its original series were “among the most watched shows on television,” a company spokesperson told TheWrap via email only that Sarandos “was poking fun at Nielsen” then suggested a repeat listen to the audio from the executive’s UBS appearance.

Said listen revealed that Sarandos is aware of the line he walks when discussing viewership.

“When I’m not giving ratings, it’s super self-serving to tell you that the shows are doing great,” he said. “But they are.”