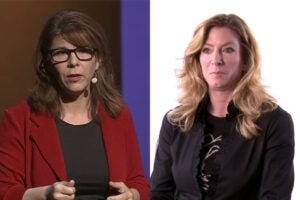 When the Oscars take place next Sunday, it’s pretty much a guarantee the 2021 show will suffer the same fate that has bedeviled award show siblings in the last year: Record-low viewership that is down catastrophically from the year before.

And yet, the Academy Awards remain incredibly valuable to ABC, with the network charging advertisers around $2 million per spot, according to Variety. (The network has not responded to TheWrap’s request for comment on the price.)

Last year’s show — which fell to a record-low viewership of 23.6 million — brought in $129 million in ad revenue for the three-hours-and-change show, according to Kantar Media data, a number that jumped to $145 million when you add in the one-hour pre-show.

Last year’s average 30-second ad spot went for $2.1 million, with some marketers paying as much as $2.66 million, according to data from advertising research firm SQAD. 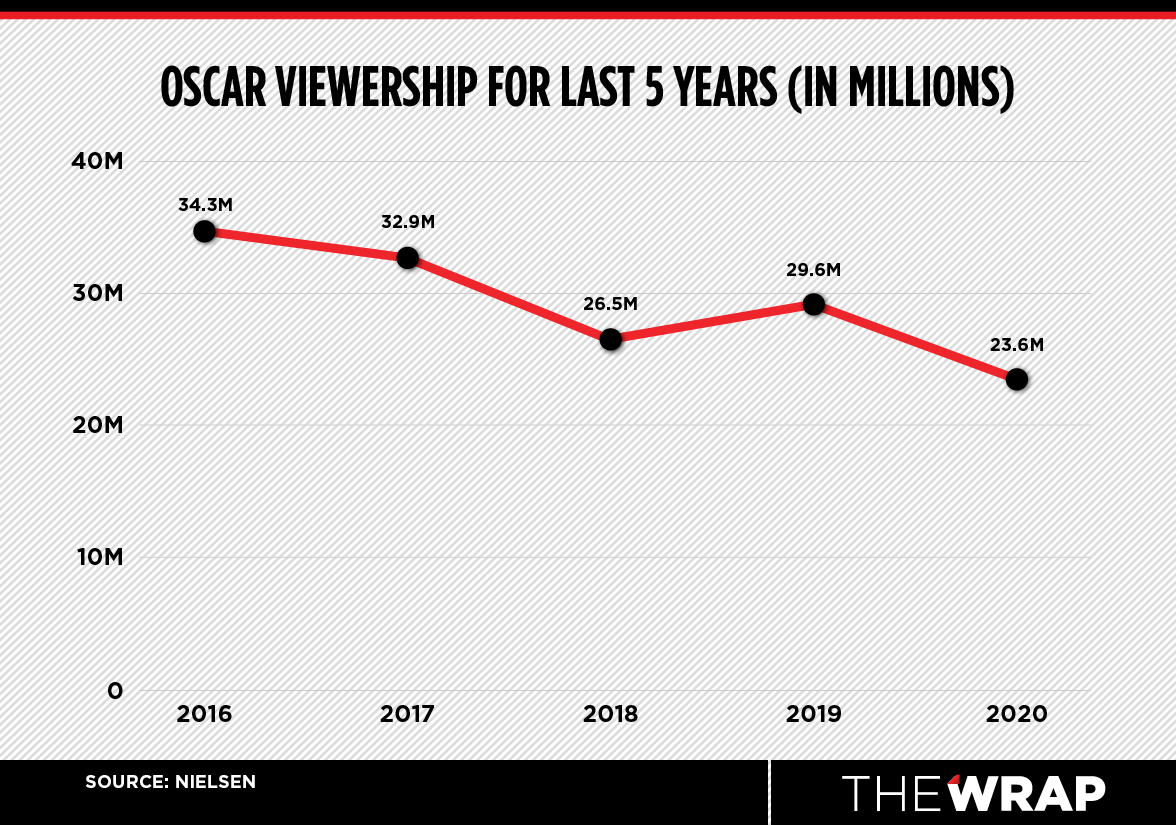 COVID can’t be solely blamed if the Oscars falls to another low. Like just about everything else on TV, the Oscars has been losing audience every year. With the exception of a one-year blip in 2019, the first time the show went host-less in 30 years and “Green Book” took Best Picture, viewership has been declining each year. In 2016, the show drew more than 34 million viewers.

Interestingly, advertisers have continued to pay top dollar for commercials on the Oscars even as the show has shed viewers, and buzz, year after year. In fact, ad prices have actually risen compared to five years ago, when a 30-second spot averaged $1.72 million. The cost climbed to $2 million in 2018, a figure that hasn’t changed much since then.

The Academy Awards are generally considered the second most-watched primetime telecast of the year, every year. Though there can be semantics-level arguments made for or against that title, the distinction is very much in danger this year. “I believe that Oscars will also be 50% down from last year, so about 12-13 million viewers,” Bharad Ramesh, executive director for research & investment analytics, GroupM, told TheWrap. “Still big, though.”

If next week’s viewership was half of last year’s total, the Oscars would fall below both the championship games for NCAA football and men’s basketball.

But when you look how every other major TV event has fared over the past year, the Oscars drop-off doesn’t look as bad. Both the NBA Finals (which took place months later than usual due to the COVID shutdown) and World Series drew less than 10 million viewers, easily falling to record lows. Even the Super Bowl wasn’t spared. Super Bowl LV drew the lowest audience for the NFL’s crown jewel in 14 years with 96.4 million viewers, and needed digital viewership to lift it from being even lower. 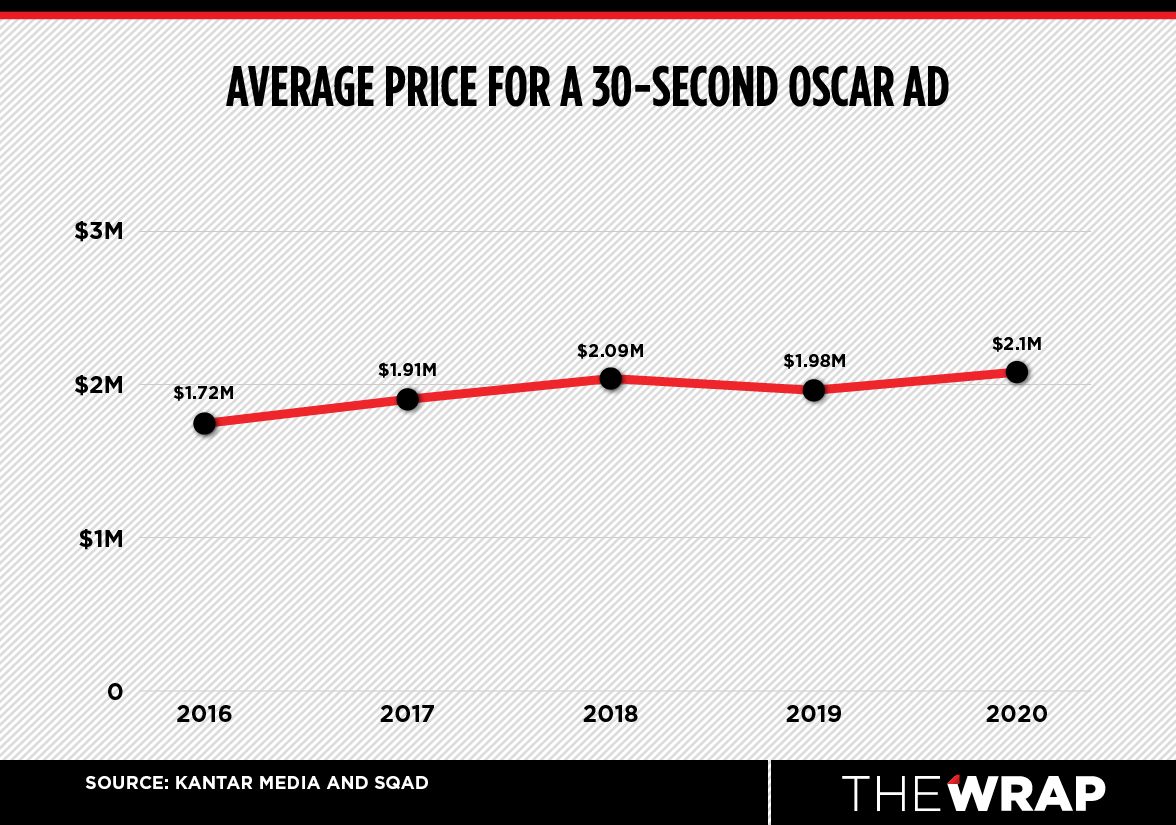 Advertising is all about supply and demand and the Oscars, along with other award shows, still provide an audience size that is hard to replicate elsewhere. Even if the Oscars fell to 12 million viewers, that would still beat pretty much every non-sports event on TV in terms of getting people to watch live — and best every sports event except for college football and basketball national championship game and NFL football. Oprah’s bombshell interview with Prince Harry and Meghan Markle, which drew 17 million viewers on CBS, is only notable for its rarity.

Though digital and streaming have drastically altered the advertising landscape, most ad executives will still tell you that old-school TV still has the biggest reach, even if that reach is shrinking. There are still more than 80 million people that subscribe to some form of a TV package, while the largest streaming service that caters to advertisers (Hulu) in the U.S. has around 30 million.

ABC holds another advantage: As with other big events like the Super Bowl, the network does not offer a ratings guarantee for the Oscars (as it does for primetime series), which means it’s less susceptible to having to offer “make-goods” to account for lower-than-expected viewership.

The 2021 Oscars are airing in probably the most inhospitable environment for award shows. The Grammys saw its audience almost cut in half and the Golden Globes — which appeared immune to award show ratings troubles — shed 63% amid an existential crisis. And last September, the 72nd Emmy Awards fell by a much-more-palatable 12%, but still hit a record-low.

This year, the Oscars is attempting to reinvent itself for the COVID era in the hope that it will be at least positively reviewed like the Grammys (though without the massive audience drop-off). Oscars producers Jesse Collins, Stacey Sher and Steven Soderbergh have described the awards, set for April 25, as a “movie” rather than another award show. And they’ve really been leaning into that idea: Earlier this week they unveiled a first list of presenters but called them an “ensemble cast” instead.

Also Read: What Can Directors Guild and BAFTA Awards Tell Us About the Oscars?

The awards-show-as-a-movie will take place at Union Station in Los Angeles and the Dolby Theatre in Hollywood, as well as in international locations live via satellite.

ABC has a very long history with the Academy, having aired the show every year since 1976. This year is the first under a new deal that will keep the Oscars on ABC through 2028.