Words matter. Actions matter more, but words matter a whole lot, especially when they come from our elected leaders.

So while conservatives get apopletic over whether President Obama says the words “radical Islam,” TheWrap took the time to examine the statements of every single senator in the wake of the Orlando massacre.

It turns out that there’s also a lot that they won’t say.

Here’s what we found:

Of 54 Republican senators, only three mentioned homosexuality and the fact that the gay community was targeted. (By contrast: More than half of the 46 Democratic senators who spoke out about the massacre mentioned the LGBT identification. )

Shout-out to Republican John McCain, who compassionately offered words of comfort to the LGBT community and said, “We must not and will not give in to fear.”

And what of the gun debate? Once again, a shocking silence from the Republican side about the role assault weapons played in the horrifically high body count.

Not a single Republican mentioned guns in their statements. Not one.

Only Ted Cruz had the audacity to bring up guns, in the form of a Second Amendment reference. He said that some people would “exploit” the attack to take away the right to bear arms.

Well, we certainly should take away assault weapons, as almost everyone in the country agrees — except for most Republican members of Congress and the NRA.

Increasingly it looks as if Omar Mateen was emotionally disturbed more than radicalized as a jihad-bent extremist. His wife tried to dissuade him from the attack. Others who had interactions with him said he seemed just…. off.

So we can blame homophobia, or mental illness or the Islamic State. That doesn’t change that the guy used the same high-capacity, quick-reload weapon found in gun stores everywhere in this country.

The shooting deaths of 49 innocents at a gay nightclub should demand the respect of recognition, but it seems that identifying the victims as primarily homosexual is too scary a thing for many senators to say aloud.

By the way: four Republican senators said nothing at all in the wake of the massacre, including one, Dean Heller (R-NV), who two days before the attacks spoke out in favor of a conceal-and-carry amendment that he had filed to a piece of defense legislation.

Why is John McCain so solitary among his colleagues in offering a human response to a group that is wounded and in pain? What does it cost them to recognize our shared humanity and shared suffering? Does this somehow mean you have to embrace gay marriage? (Which obviously would end life as we know it.)

I’m not in favor of political correctness that ignores the reality of radical Islam. Terrorism is real. The Islamic State is no joke. Muslims face an existential struggle for their conscience and will have to fight on behalf of inclusion and tolerance — just as we all do.

But I am in favor of weighing words carefully, because they are weapons too.

It is important to pronounce the names of the victims, and to recognize that they were targeted because they were gay. We cannot allow our elected leaders to ignore the clamor among us demanding changes to our gun laws.

Here are the results of our analysis: 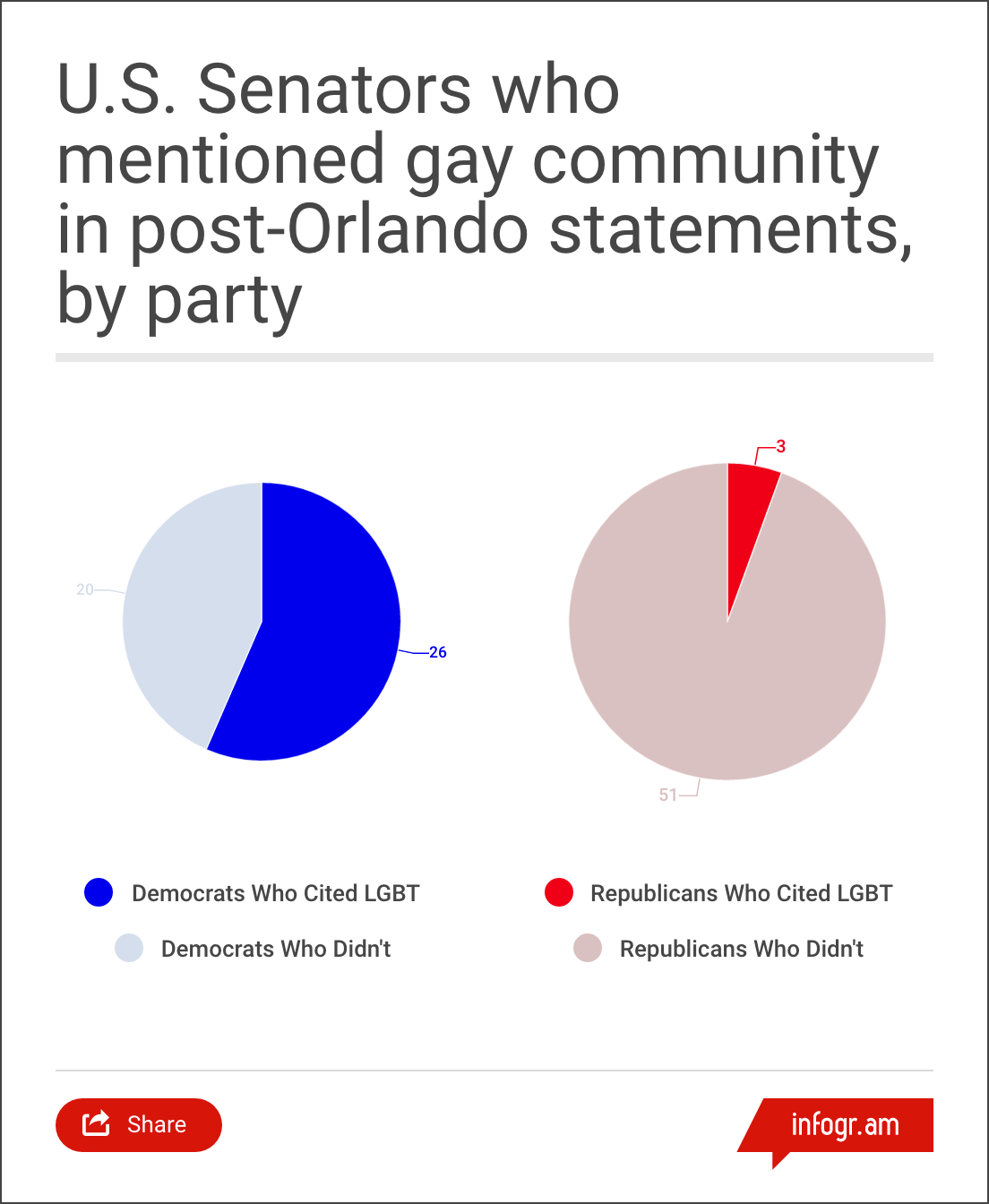 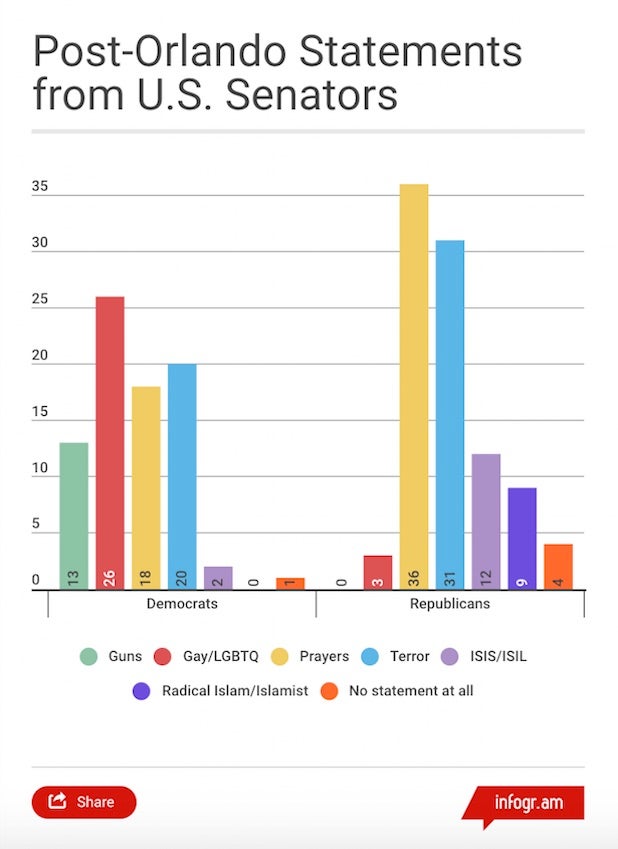