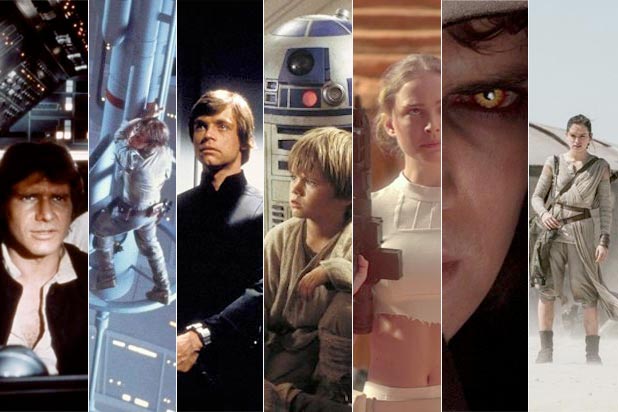 In 1977, the time was certainly right for an upbeat tale about heroes, hermits, droids, and lightsabers. After assassinations, turmoil, and malaise, the United States needed a big lift, and “A New Hope” gave it one.

In 2015, the relaunch greatly benefited from the era’s evident taste for nostalgia (sequels and more sequels) and its compelling need for good news. The familiar cast of characters could link people with their own youth and with their parents, alive or dead — and with their children, too. After the Great Recession, and in the midst of terrorist threats, Rey, Finn, Poe, and the Resistance were irresistible. (Han Solo, too, even if he died.)

People also tend to like things that other people like. Whenever there’s a big fuss, most of us want to know what it is all about. There’s a deep human desire for common knowledge and common experiences. Nations need celebrations and events that diverse people can share; holidays, movies, television shows, and sporting events provide them. The release of a new “Star Wars” movie is a national celebration.

It might not even matter all that much if it is good! If a new Episode connects you with millions of people in your city, or with people all over the country or even the world, well, that can fill the human heart.

In a fragmented world, full of niches and echo chambers, “Star Wars” provides much-needed connective tissue. You might be young or you might be old, you might be a Democrat or you might be a Republican, but you can have a good argument over whether Han shot first, or whether the prequels are underrated, or the real motivations of Rey and Kylo.

“Star Wars” has a lot to say about empires and republics, and it draws directly on the fall of Rome and the rise of Nazism. It’s simple, stylized claims about what’s wrong with empires resonate in many nations. But it’s not didactic. Is it feminist? (Kind of.) Is it about Christianity? (Yes.) Does it embrace Buddhism? (It tries, at times, but nope, not at all, anything but.)

You can interpret it in countless ways; it invites disagreement and obsessions. The Force remains mysterious, but each of us is able to recognize the Light Side, and also the Dark. “Star Wars” is keenly aware that the human heart houses both. George Lucas was not of the Devil’s Party, and J.J. Abrams isn’t, either, but they are alert to its appeal. “Star Wars” might be a bit too earnest for William Blake, who spent a lot of time with the Dark Side. (“Energy is Eternal Delight.”) But he would have appreciated it.

“Star Wars” portrays, and triggers, some of the deepest feelings of children for their parents, and parents for their children. It captures the overwhelming intensity of those feelings — and their ambivalence as well. When a father or his son witnesses Vader save Luke, or Kylo kill Han, we’re going back to Greek tragedy, to Freud, and to human fundamentals.

Joseph Campbell, Lucas’s Yoda, pointed to people’s need to “feel the rapture of being alive, that’s what it’s all finally about, and that’s what these clues help us to find within ourselves.” “Star Wars” contains those clues. 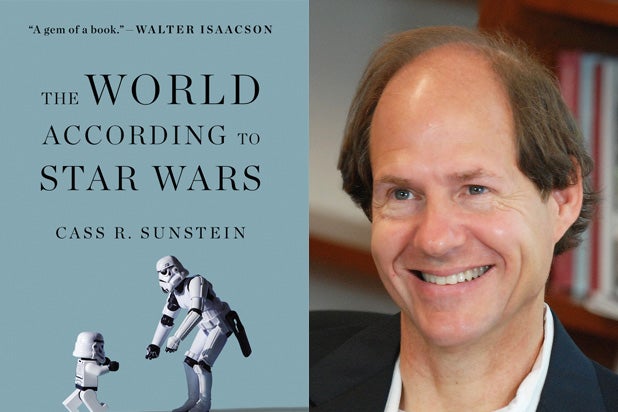 “Star Wars” is a space opera, but its best moments are surprisingly intimate. They don’t involve ships, explosions, or strange creatures, or republics and rebellions. In those moments, one human being sees, and insists on, the good in another, even in the aftermath of the most terrible acts. It’s face-to-face.

Even more than mercy, forgiveness “is twice blest,” because “it blesseth him that gives and him that takes.” With a little luck, and a resolution to love oneself despite everything, an insistence on forgiveness can produce redemption, possibly in the form of acts of spectacular courage.

For all its talk of destiny, “Star Wars” insists on freedom of choice. That’s its largest lesson. Through acts of personal agency, people can alter the seemingly inevitable movements of history. On a small scale or a large one, they can set things right. Farm boys can decide to go to Aldaraan. Self-interested smugglers can choose to come back, and with a single shot, they can rescue their buddies. (“YAHOO! . . . You’re all clear, kid, now let’s blow this thing and go home!”) Seeing blood on their helmets, Stormtroopers can elect to leave the First Order and help a prisoner with mischief in his eye, who turns out to be the best pilot in the galaxy. Scavengers can choose to save a little droid called BB-8, and find out that the most famous lightsaber in the galaxy belongs in their own hands.

Also Read: 11 Of The Best 'Star Wars' Fan Films Ever Made (Videos)

“Star Wars” is primal, and it’s a fairy tale, but it’s no mere retelling of Campbell’s monomyth. It’s far more superficial, and it’s much deeper. It’s Flash Gordon, and it’s a western, and it’s a comic book. It claims to honor destiny, but its real topic is the fork in the road and the decision you make on the spot. With a holler and a whoop, it turns out to be all-American.

Still, it manages to be universal, focusing as it does on the most essential feature of the human condition: freedom of choice amid a clouded future. “Star Wars” pays due tribute to the importance of distance and serene detachment. But its rebel heart embraces intense attachments to particular people, even in the face of lightning bolts from the Emperor himself. At the decisive moment, children save their parents. They are grown. They announce their choice: “I am a Jedi, like my father before me.”

There are a lot of characters in ”The Force Awakens,“ and we ranked many of them!

View In Gallery
BIO Cass R. Sunstein
Cass R. Sunstein is the Robert Walmsley University Professor at Harvard, where he is founder and director of the Program on Behavioral Economics and Public Policy. He is the most cited law professor in the United States and probably the world. He has served as Administrator of the White House Office of Information and Regulatory Affairs and as a member of the President%u2019s Review Group on Intelligence and Communications Technologies. His many books include the best-seller "Nudge: Improving Decisions about Health, Wealth, and Happiness" (with Richard H. Thaler), "Simpler: The Future of Government" and "Republic.com." A frequent adviser to governments all over the world and a columnist for Bloomberg View, he is married to the United States Ambassador to the United Nations, Samantha Power.

Cass R. Sunstein is the Robert Walmsley University Professor at Harvard, where he is founder and director of the Program on Behavioral Economics and Public Policy. He is the most cited law professor in the United States and probably the world. He has served as Administrator of the White House Office of Information and Regulatory Affairs and as a member of the President%u2019s Review Group on Intelligence and Communications Technologies. His many books include the best-seller "Nudge: Improving Decisions about Health, Wealth, and Happiness" (with Richard H. Thaler), "Simpler: The Future of Government" and "Republic.com." A frequent adviser to governments all over the world and a columnist for Bloomberg View, he is married to the United States Ambassador to the United Nations, Samantha Power.