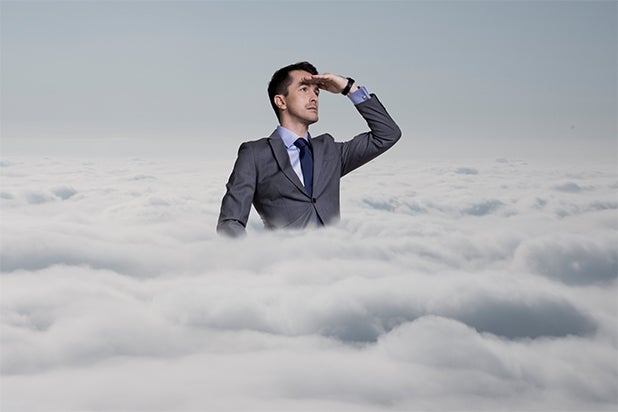 Searching for specific content to watch on a random Thursday night can feel like looking above the clouds into a vast blue sky: “Which way should I go?” Every day we search for something to watch. And with the limits of any given platform you find yourself on, every search often turns into a frustrating chore.

Why a chore? Because the TV content ecosystem is enormous … and growing. There are dozens of platforms (think Netflix, Hulu, Amazon and even YouTube) and dozens upon dozens of access points. The search can certainly be exhausting.

It was like this in the travel industry several years ago. There were (and still are) a huge number of airlines and hotel chains to choose from. Deciding which airline to fly and where to stay was a daunting task. Then came the online travel agencies (OTAs) like Expedia and Priceline, and things got a lot easier and quicker.

Also Read: Can Traditional Media Companies Get a Slice of the eSports Pie? (Guest Blog)

Along the way, OTAs also did quite well for themselves as they sucked massive amounts of cash out of the hotel industry in the form of commissions.

Put another way, OTAs sucked away about half the value of the hotel business.

Also Read: What Does the Future Hold for eSports? (Guest Blog) 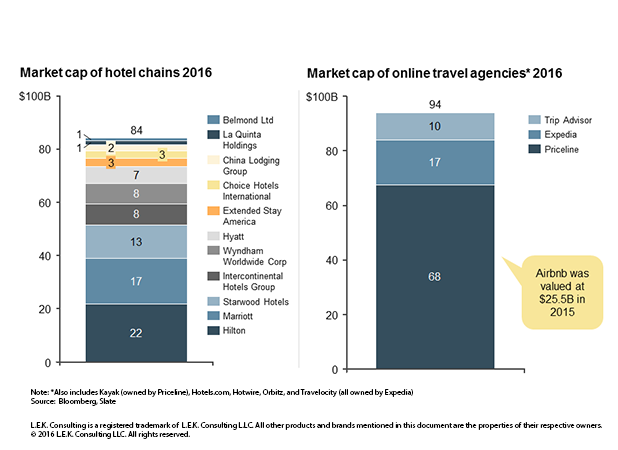 It’s easy to see that owning the customer search process is very, very valuable. OTAs collected up to 20 percent in commissions simply by directing traffic to hotels.

Now apply that to today’s online- and network-viewing model and you begin to understand why TV conglomerates should be very, very worried that an Expedia-like company will come after them by solving video search for TV.

Consumers are crying out for next-gen TV search. They need a tool that lets the viewer search for content across all subscriptions (TV and OTT), as well as all free sources. 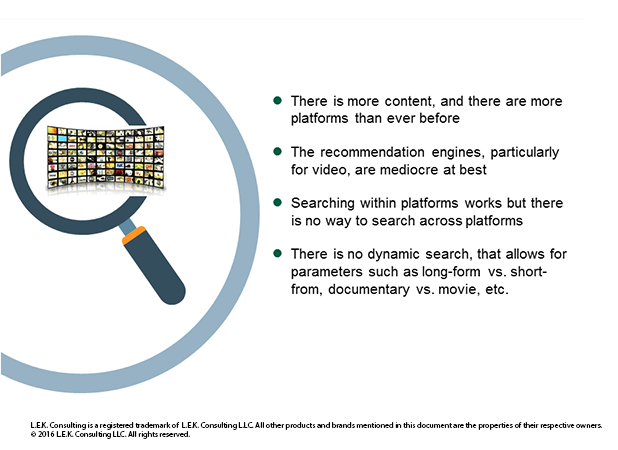 Imagine you’re home in your living room and you want to watch “Transformers.” The next-gen video search tool we’re talking about would tell you:

The tool then lets you click on a link — assuming you have access to the content or you’re willing to pay — and starts the show. (Note that the above-mentioned viewing information on “Transformers” is illustrative only. It’s too hard for most consumers to do this kind of research today).

While next-gen video search would be cool for consumers, it will be a blockbuster for whoever develops it first because they will be able to extract vast amounts of money (okay, let’s be kind and call it “commissions” here, too) from TV conglomerates.

Just as the OTAs fundamentally changed the travel business, next-gen video search could alter the television and video business dramatically. It would suck half of the value of TV systems away from the traditional TV conglomerates and become the new Iron Throne of the TV ecosystem. We see a veritable “Game of Thrones” coming that determines who controls this seat of power.

Next week, we’ll explore in more detail some of the dynamics around search, and video search in particular.

This is Part 1 in a series on video search by Dan Schechter, Gil Moran and Francesco Di Ianni from L.E.K. Consulting’s Media & Entertainment consulting practice.

”Boyhood,“ ”The Jungle Book“ and the long-awaited ”Gilmore Girls“ revival are among the streaming platform’s November offerings

From a return to Stars Hollow, Connecticut, to an the life of Queen Elizabeth II, there are plenty of streaming options on Netflix this month.