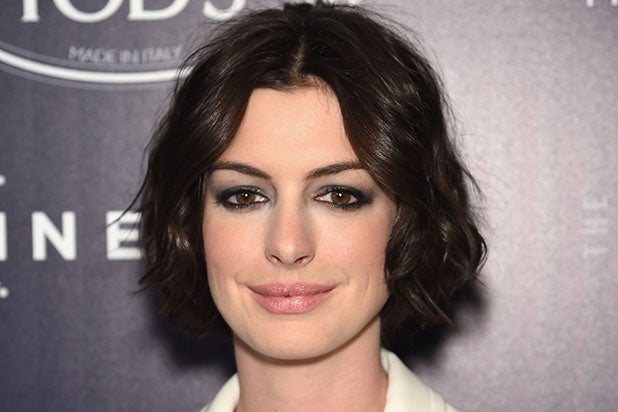 Nancy Meyers‘ film, co-starring Robert De Niro, is expected to make a solid $15 million in its opening weekend. That’s higher than two of the most recent films that Hathaway carried — 2011’s “One Day,” which made $5 million its opening weekend, and 2010’s “Love & Other Drugs” with Jake Gyllenhaal, which grossed $9.7 million.

In fact, the 32-year-old actress has been killing it as a supporting player — her featured-role films have grossed more than $1.2 billion domestically since 2010, almost double of those when she was the lead.

“She has the acting chops, the range and everything going for her,” Paul Dergarabedian, senior media analyst at Rentrak, told TheWrap, “but it’s interesting she hasn’t parlayed that into a movie being all about her and revolving around her.”

Since her breakout role in 2001’s “The Princess Diaries,” which brought in $108.2 million at the domestic box office, Hathaway’s supporting roles have generated more ticket sales.

Her two biggest hits as a lead were “The Devil Wears Prada” and “Get Smart,”  blockbusters that grossed $124 million and $130 million, respectively. But she also worked as essentially co-lead with Meryl Streep on “Prada” and with Steve Carell on “Get Smart.”

But she has been savvy in picking star-driven blockbusters in which she plays a prominent but not above-the-title part, like the last two Christopher Nolan movies. “The Dark Knight Rises,” in which Hathaway played Selena Kyle a.k.a. Catwoman to Christian Bale‘s Batman, grossed $448 million at the domestic box office and $1 billion globally.

And Hathaway played opposite Matthew McConaughey and Jessica Chastain in Nolan’s “Interstellar,” which grossed $188 million domestically and $675 million worldwide.

“A lot of actors can generate a lot of box office buzz by appearing in key blockbusters,” Dergarabedian said. “Obviously, Christopher Nolan is a great person to be associated with.”

Hathaway also made a good decision with her brief but showy turn in 2012’s musical adaptation “Les Miserables,” starring alongside Hugh Jackman and Russell Crowe. Not only did she boost the film’s star factor, pushing its box office haul to $148.8 million domestically and $441.8 million globally, but she also won an Academy Award for Best Supporting Actress.

“She’s being versatile, taking smaller roles in bigger movies and making her mark,” Dergarabedian said. “Sometimes, less is more, and the way she is choosing roles and the reputation she is building is more important than being a lead.”

Also Read: Anne Hathaway Points Finger at Media for Her Reputation of Being 'Hated'

With “The Intern” generating a lot of positive buzz, she might consider leaning towards leading more movies.

“‘The Intern’ is definitely a step in the right direction,” Dergarabedian said.

It seems that Hathaway has both supporting and leading roles coming up in the future — she will reprise her featured role as the White Queen in 2016’s “Alice Through the Looking Glass” and is attached to star in the thriller “The Burning Woman.”