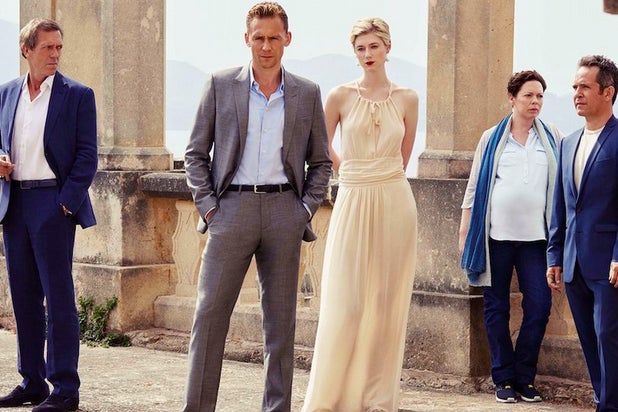 John le Carre‘s “The Night Manager” is more than 20 years old, so it took some work to update the spy novel to a modern setting for AMC’s 6-episode miniseries.

“The world has changed radically, the players have changed, the technology,” said executive producer Simon Cornwell. “One of the sad things is that moral questions, ambiguities is very much there. It’s a mixture of things that have changed, and some things that unfortunately are still the same.

“I feel as though we live now in an apparently transparent society, everybody knows everything, and yet it still feels like there are so manys secrets at the highest level,” added Hiddleston. “We will always be intrigued by what goes on behind closed doors. Night Manager touches upon that.”

One major change is the character played by Coleman, who is a man in le Carre’s book.

“When Le Carre wrote the novel, the character was written for a man. As part of updating it for a modern world, we needed a woman in a powerful position in the story,” said Stephen Cornwell. “We suggested the change to Le Carre – he has to approve all these decisions – and he embraced the idea. Then when Susanne [Bier, EP and director] met Olivia, she was absolutely first choice for this role, but she said, ‘I’m pregnant and I’m going to be extremely pregnant when you shoot.’ So the story became not only this woman in this very threatening world, but a heavily pregnant woman in this very threatening world. The exciting thing about le Carre was he was way ahead of the game. Le Carre has been doing this for so long, and early 60s when TV and film still had clear cut heroes. Now all our best TV shows and movies are very morally ambiguous figures. Tom’s character is the ultimate 21st century character.”