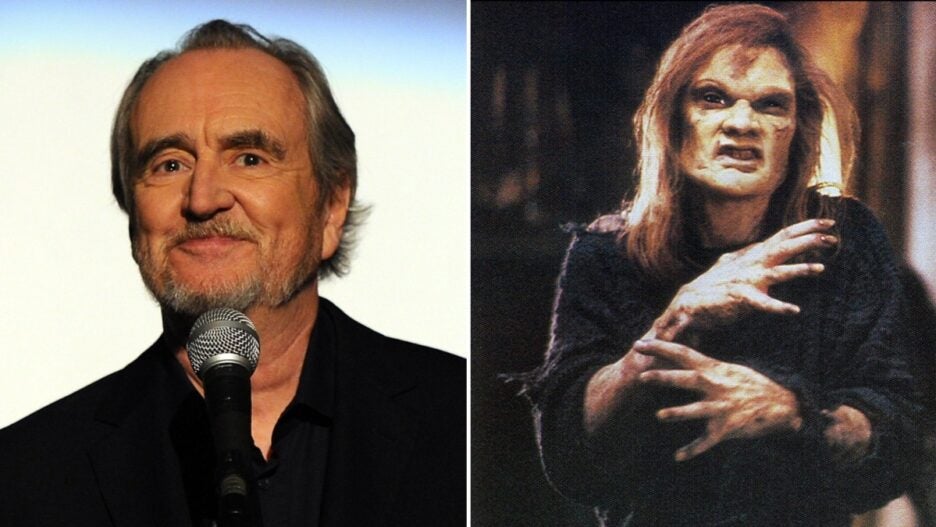 For all of its wonderful jump-scares and nail-biting suspense, the scariest thing about Wes Craven’s “The People Under the Stairs,” which I starred in as The Stairmaster 30 years ago, may be that this kind of horror film — a progressive and diverse movie that starred a young African-American kid as the hero and heart of the story — is still the exception rather than the rule in Hollywood in 2021.

To say that Wes Craven was ahead of his time when he made the Universal Studios cult-horror classic back in 1991 would be a huge understatement: Wes was an innovative, forward-thinking director who was on the right side of social issues and social justice. He held up a (much-needed) light to important social issues and made a political statement through the art of horror without seeming too overt. He brilliantly cast a diverse and talented ensemble and tackled issues that were ripped from the headlines; Wes wrote “The People Under the Stairs” based on a true story about rich, racist slumlords taking advantage of an African American family. As far as I know, the film may have marked the first time EVER in the horror genre that a young African American kid, played wonderfully by Brandon Adams, was the true hero/protagonist of a horror film.

The underlying theme of “The People Under the Stairs” — say-no-evil, hear-no-evil, see-no-evil — was enforced on the kidnapped children in the film. It was also a cultural axiom specifically applied to people that want to preserve the evil of society by pretending it doesn’t exist. It’s a highly unusual message for a horror film.

The first time I met Wes, I knew that he was someone special. He had this warm energy about him, that made you feel very calm and relaxed in his presence, with a hint of something intense brewing under the surface. He also had the biggest heart, much unlike the dark stories and characters he wrote. It was a pleasure to sit in makeup for six (!) hours each day, never knowing what the day would bring on set. I have to say, it was truly one of the best experiences of my life.

Wes and I developed a strong director/actor relationship. That comfort, and his trust in me, allowed him to keep adding pages, almost daily, to expand The Stairmaster character further than originally written. It was utterly amazing how developed a character with no audible dialogue became. I had a continuous and exciting feeling we were making something unparalleled in the scope of horror.

Wes also had compassion for his actors. We were filming the last scene of the movie, when Brandon’s character “Fool” tries to tell me how to escape from the house. It’s a pivotal scene and we shot it several times. Brandon was only 11 years old, and he was having a hard time getting into the action. Suddenly, Wes took Brandon’s hand and they ran out of the studio. We all stood there wondering what just happened. It turns out they ran around the studio block (which was a big lot). They ran back in — winded and out of breath — and Wes raced Brandon to his mark; Brandon came into frame and Wes yelled, “Action!” That’s the take you see in the movie!

The main couple in the film, played by Everett McGill and Wendy Robie, are in many ways comical and absurd, but Wes was more focused on the reality of Brandon’s “Fool” — his family, their neighborhood, the reality of life. Even back then, 30 years ago, I knew that the film we were making was one of importance. It had a political and cultural statement.

“The People Under the Stairs” spent six weeks in the top 10 at the box office. People still ask me about it and reference it. I am surprised at how many times someone comes up to me and tells me how young they were when their parents let them watch it. Through the power of his genial storytelling abilities, Wes was able to reach a large audience of all backgrounds and ages all around the world. It became both a cult classic and a box office success.

In addition to helping me in my career, the film also gave me lifelong friendships. This summer, I had the chance to work with my old friend Sean Whalen, (“Roach” in the film), for the first time in 30 years. We co-starred in the feature film, “Beneath Us All,” directed by Harley Wallen. It was so exciting to do another film with Sean so many years later. We have remained close over the years and traveled all over the world to different horror conventions. We’ve also remained close with our co-stars Brandon Adams and Kelly Jo Minter. This Halloween, in honor of the 30th anniversary of the film, we are going to the New Mexico Comic & Film Expo.

I’ve been particularly fortunate in my career to get a lot of work in the horror genre. Originally from Sweden, I landed my first role in Roger Corman’s “Slumber Party Massacre lll” and after “The People Under the Stairs,” I starred in Chuck Russell’s “Bless the Child” for Paramount. But I was so blessed in my twenties to land the role of The Stairmaster in “The People Under the Stairs.”

The genre hasn’t changed much in three decades. In many ways, today’s horror genre feels reminiscent of the ’80s (a lot of indies). But horror movies should take their cue from directors like Wes — auteurs who aren’t afraid to tell stories that resonate with audiences; stories that are true to life and relatable.

Oscar-winning director Jordan Peele (“Us,” “Get Out”) is now in discussions to produce a reboot/remake of “The People Under the Stairs” and having seen all his films, I believe he will do justice to Wes’ iconic film. Heck, I’d love to be in it. Call me, Jordan!

It’s not the first time the film has been in talks for a remake. A couple of months before Wes passed away in 2015, he had signed a deal to make a TV series about “The People Under the Stairs” with UCP and SyFy. He was thrilled about it and told me I was going to be in the series, I couldn’t have been happier. Sadly, Wes never got to make that series — but I know, had he had the chance to do it, it would have been exceptional, insightful and it would have resonated with audiences.

All in all, I am so incredibly grateful to have been part of this experience with this ageless film by Wes Craven, truly one of a kind.

Luckily, we will always have the 1991 film to look back on as a political movie that wanted to make the horror genre more inclusive and interesting. We need more directors like Wes.

BIO Yan Birch
Yan Birch is a Swedish actor with extensive experience in the horror genre. He's best known for "The People Under the Stairs," "Slumber Party Massacre III" and "Charmed." He can currently be seen in Harley Wallen’s Tubi series “Tale of Tails” and just wrapped production on the feature film, “Beneath Us All” with his "People Under the Stairs" co-star, Sean Whalen.

Yan Birch is a Swedish actor with extensive experience in the horror genre. He's best known for "The People Under the Stairs," "Slumber Party Massacre III" and "Charmed." He can currently be seen in Harley Wallen’s Tubi series “Tale of Tails” and just wrapped production on the feature film, “Beneath Us All” with his "People Under the Stairs" co-star, Sean Whalen.