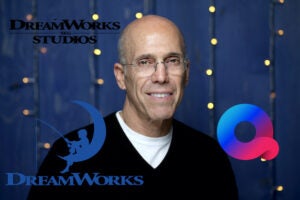 ”If a network sees that they can get 5 million people watching someone play a video game, they’re going to broadcast it,“ Roush tells TheWrap

Roush wants to introduce gaming content to a larger audience with El Segundo-based Subnation. After 10 years as executive vice president of production at Mark Burnett Productions, Roush launched and oversaw production on shows including “The Voice,” “Shark Tank,” and “Are You Smarter Than a 5th Grader,” as well as The Emmys and People’s Choice Awards. Roush also worked on “The Price is Right” and “Family Feud.”

Roush invested an undisclosed amount in Subnation. The company was founded in June 2018 by Chairman Keith “Seven” Volpone and Doug Scott and is in the process of raising a seed round, which Roush’s investment was a part of. A spokesperson for the company said up until now it has been funded by mostly “friends and family” money.

Gaming content, in general, has yet to completely hit the mainstream. Roush will join the company to oversee production and will work directly with the teams to produce programming that’s centered around gaming but appeals to a more general audience, in order to introduce them to the genre. Some of this programming will be “gaming-adjacent,” Roush said. For example, one of Subnation’s currently popular shows is “LVL Up,” an “Extreme Home Makeover” show for gamers that is broadcast on Instagram’s IGTV.

Also Read: Why TikTok Could Be the Perfect Social Network for Gaming

There are “six to eight” shows in Roush’s development pipeline, with more planned once Subnation can set distribution deals with networks.

Right now, the majority of Subnation’s content is available for free on its YouTube and Twitch channels. The company said it has roughly 12,000 followers on Instagram but doesn’t have a huge reach which is why it’s looking to target traditional cable networks and OTT providers for distribution deals.

“Jim Roush’s experience and guidance will be instrumental in positioning Subnation as the lifestyle hub of the gaming industry,” Volpone said in a statement. “As people shift their attention away from traditional TV, Subnation has the opportunity to deliver quality programming that captures the attention of the entire gaming community across all platforms.”

The company also operates a music segment where it broadcasts live concerts from its sound booth with artists that are popular among young millennials and Gen Z viewers, including electronic artist DeadMau5, and British punk rocker Yungblud.

Roush spoke with TheWrap about how his past work in the television industry will inform the shows he oversees at Subnation, what types of shows he’s hoping to create and his vision for the future of gaming programming on television.

I’m doing it on my own, and it’s a really simple answer. Gaming is huge, and gaming is only going to get bigger. The other reasons within it are the guys involved, Doug and Seven. I absolutely love them to death. Seven actually used to do a lot of music, and he did a couple of themes for a couple different shows while I was at Burnett. Knowing the guys, knowing where the business is going, and knowing what they want to do, it was kind of a no-brainer. The TV world is changing…. (Subnation) was very attractive because right now regular television is falling down, ratings are going down. People are spending their time and money in front of a TV screen still, but in a different way.

Also Read: Why Breaking Up Google Is 'Unlikely,' Despite Justice Department's Antitrust Lawsuit

I think the networks and cable channels out there are going to start looking more seriously at gaming programs. Because gamers are celebrities now… just like when you look at YouTube stars, you know, seven, eight years ago, you didn’t know certain YouTube stars. Now you do. Three or four years from now, and (gamers’) names are going to be commonplace. So I think regular programming, broadcast, cable, AVOD, SVOD are all going to be looking at this.

Could game streaming and content ever take over national TV?

Conan (O’Brien) has his (“Clueless Gamer“) gaming thing that he did on the Turner platforms. Look at all the movies that are out there around gaming. There’s a lot of gaming TV out there on regular broadcast TV already as well, so I think they can live hand-in-hand.

Look, regular TV, it’s always going to be around. You’re not going to get a 60 year-old switching over to a show about video games, or playing video games. There’s always going to be an audience for TV shows, in general. But you look at… the captive audience, it’s a lot of time being spent playing games. It’s entertainment, as well as a business, and cracking that nut of the business of games with advertising and advertising and everything else will only make it more attractive to everyone.

What type of content will you be seeking to make and then distribute at Subnation, and will you be directly involved?

What I want to do is develop and get more programming out there that I call gaming-adjacent. Shows around the gaming world and the lifestyle, big events, TV shows around them, everything.

I love doing shows. I love being involved in shows, and if I couldn’t be on sets, it would suck.

What’s the role that celebrities and pro streamers have in making gaming content more accessible to the masses?

We’ve barely even cracked the surface on the celebrity factor of gamers. I look at it like the gaming world (players) now are the new professional athletes. A couple of years ago Ninja was at the ESPY awards. My son at the time was a 17 year old. I got his high school basketball team tickets to the ESPYS, and they were more crazy over Ninja and a couple other gamers than they were seeing some of the pro basketball and football players there.

The next year, Steve Harvey hosted the NFL honors, went to the Super Bowl and was in a box with Ninja. They start talking about the gaming world, and Steve just started asking what kind of money he makes at it and was like, “Oh my god, I’m telling my sons to be gamers.”

By the way, he was on “Family Feud” before he was Ninja, about three or four years before.

How will you decide what type of gaming content will work best to adapt to TV?

I’ve only watched a few people playing games. It depends on their commentary during games, whether it’ll hold interest.The demographics are going to be younger, and they’ve got to be passionate about it.

If the game’s out there, how many players do you have. What’s the game with the most downloads or most plays? It’s going to come down to that because if a network sees that they can get 5 million people watching someone play a video game, they’re going to broadcast it.