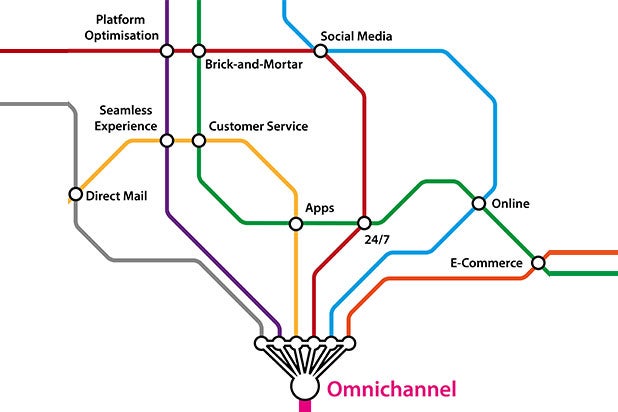 Last week, we talked about some of the dos and don’ts of launching an over-the-top (OTT) TV network. There were four primary components we identified as playing large roles in the success of any venture — a strong affinity base (audience), replenishing a pipeline of content, a good promotional platform like an existing TV channel and excellent supporting technology. Of these, the most important is having some traditional marketing platform or partnerships (e.g., shows, customers, TV channels).

While people focus on new digital disruptors like Netflix and Amazon, don’t count out traditional players like HBO that own their channels. Existing content owners that currently have TV distribution should see OTT as a natural extension for their viewers.

To borrow a phrase from the retail sector, content owners should look to establish omnichannel distribution. What do we mean by this? Think about the traditional shopping path — you went to a store, you browsed, you purchased. But today, you research everything online, you compare across a variety of retailers without leaving your computer, and then you decide whether to purchase at the store, the online store or Amazon, etc. This omnichannel approach applies to content as well. 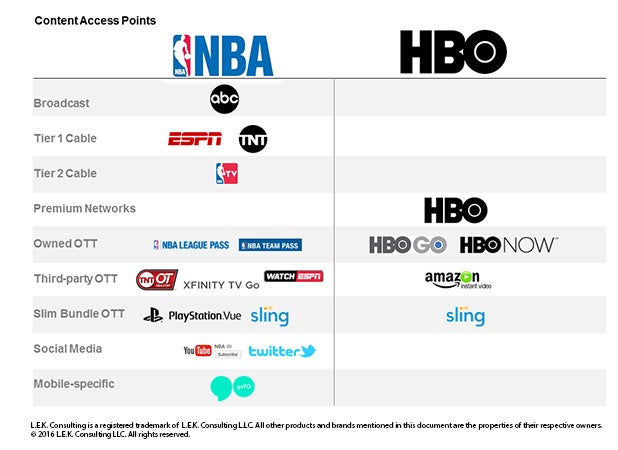 The two employ slightly different strategies — NBA content and games can be found on tier 1 and tier 2 cable packages (i.e., available to nearly everyone with a pay-TV subscription) with various pay options (for single game, single team and full season) and on various social media (YouTube, etc.). Clearly, the strategy is working for the league, given the popularity of the sport and the new TV deal.

On the other hand, HBO employs a different but equally successful strategy. HBO content is mostly available on HBO-controlled platforms — either a paid subscription with your pay TV, access to that subscription via HBO Go or a standalone HBO NOW subscription purchased directly from HBO. HBO is widely regarded as the gold standard of premium TV, first and foremost because of its great content, but also because of how easy the provider made it for consumers to access HBO.

As shown above, there are many ways to implement omnichannel distribution. The key is making the content easily available to consumers where and when they want it. For example, WWE’s OTT subscription channel, one of the most successful OTT examples, illustrates just how important this can be. 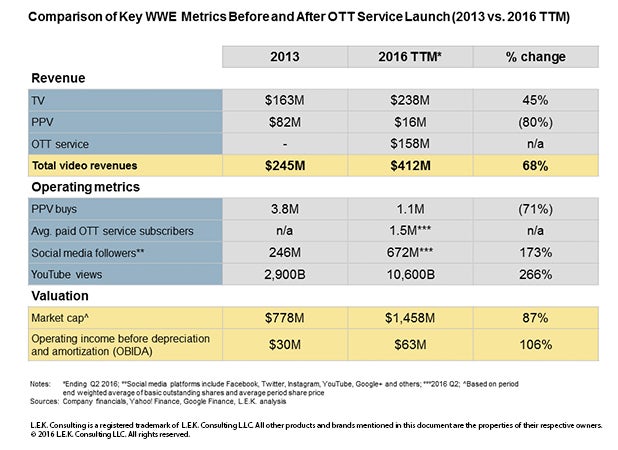 Despite a decline in pay-per-view revenues, total video revenues jumped 68 percent, from approximately $245 million to approximately $412 million, attributable not only to the new OTT channel but to increased TV revenues, as well. Operating income more than doubled to nearly $63 million. And the equity of the company jumped 87 percent as market cap increased by $680 million.

As more TV entities consider OTT ventures, the questions of “digital readiness” will need to be answered. We will explore this issue in our post next week.

This is Part 5 in a series on over-the-top (OTT) trends by Dan Schechter, Gil Moran and Francesco Di Ianni from L.E.K. Consulting’s Media & Entertainment consulting practice.