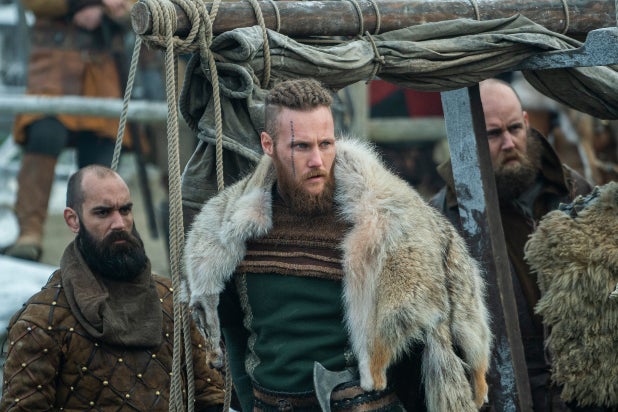 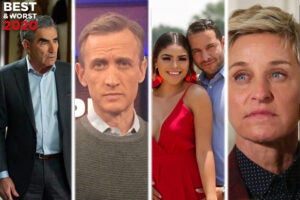 History is pivoting to miniseries, while the ”Vikings“ franchise is moving towards streaming

After a year-long wait, History Channel is finally bringing an end to its Norseman saga, “Vikings.” Except that when the historical drama premieres its final 10 episodes, they won’t be on History — but on Amazon’s Prime Video, where all the episodes will drop on Dec. 30.

The A+E Networks cable channel is taking an unconventional route to close out its first scripted series on Prime Video before airing on a weekly basis on History next year. The series, which stars Alexander Ludwig, Peter Franzen and Alex Høgh Andersen, was originally set to wrap up its run with a 20-episode sixth and final season split into two parts on History Channel. The first half of the final season debuted last December.

“Vikings” showrunner Michael Hirst told TheWrap that the decision was out of his hands. “Nobody told me anything about it. I was told about it as a fait accompli,” he said. “It didn’t entirely surprise me.”

The “Vikings” franchise was already moving toward streaming anyway. Hirst and “Vikings” producers MGM Television have a follow-up series, “Vikings: Valhalla” that is in development at Netflix. That series takes place 100 years after the History Channel series. “The ‘Vikings’ spin-off show, which they’ve already started shooting, is obviously on Netflix. So the streaming services were kind of looking around. The figures were so attractive, apparently to both Amazon and Netflix, so that it’s not surprising,” Hirst continued. He is an executive producer on “Valhalla,” while Jeb Stuart takes over as showrunner.

Hirst said he’s glad that “Vikings” fans will get to see the series’ conclusion in one sitting, especially after having to wait a full calendar year between the first and second halves of the season. Especially since filming wrapped on the series more than two years ago. “There is an element of frustration, when you have to wait a week for the next episode, when you often really want to find out what happened,” he said. “And, and also History because of their model, financial model they had ad breaks. And the more successful the show became, the more ad breaks they had. And so I wasn’t particularly happy about that.”

The move to Amazon comes as History Channel is pivoting its scripted programming strategy to focus on miniseries rather than ongoing dramas like “Vikings.” The network recently picked up two new limited series, including one from Hirst about the Bubonic Plague.

“History’s scripted programming in development embraces our roots with premium historical miniseries that resonate with our audience and complement our event megadoc content centered on big moments throughout our history,” Eli Lehrer, executive vice president and general manager at History, said last month when announcing the programming shift. “We’ve been evolving our scripted business model for the brand, with a shift in focus to our legacy in big event limited-series, including both fully commissioned and co-produced projects.”

Vikings debuted in 2013 and was History’s first-ever scripted series during a time when many cable networks were looking to get into scripted content in a bid to copy AMC’s successful rebrand from old movie channel into scripted powerhouse. At the same time, that content explosion was just beginning on streaming with Netflix debuting “House of Cards” and “Orange Is the New Black” that same year.

“Vikings” debuts all final 10 episodes on Prime Video on Dec. 30. It will premiere on History Channel sometime early next year.