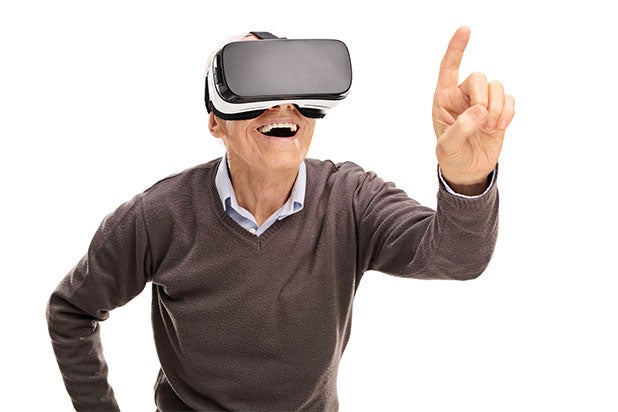 Last week we talked about the emergence of virtual reality and the three different formats available to audiences today. But for any format to take hold and then take off in popularity and usage, there has to be a supply of content.

Let’s take a moment to remember the sales cycle for newly introduced HD TVs. At first, they were available everywhere, but they really only began taking hold with consumers when sports programming adopted HD.

The same supply dynamic needs to take place in order to prompt the mass adoption of virtual reality, and there are four content types that will drive virtual reality adoption for mainstream companies (of course, some users will use virtual reality for adult entertainment, but this use is beyond the scope of this post):

Gamers are already playing in virtual reality, and VR headsets were a prominent feature last week at E3, the preeminent video-gaming convention that is held each year in Los Angeles. The key is to have lots of compelling content that will drive the sale of this hardware. Logically, the likelihood of having developers hit on games that excite consumers enough to go out and buy the headset can be linked to the sheer quantity of developers who are working in this creative space. Therefore, headset developers are pushing software developer kits (SDKs) to tens of thousands of developers. 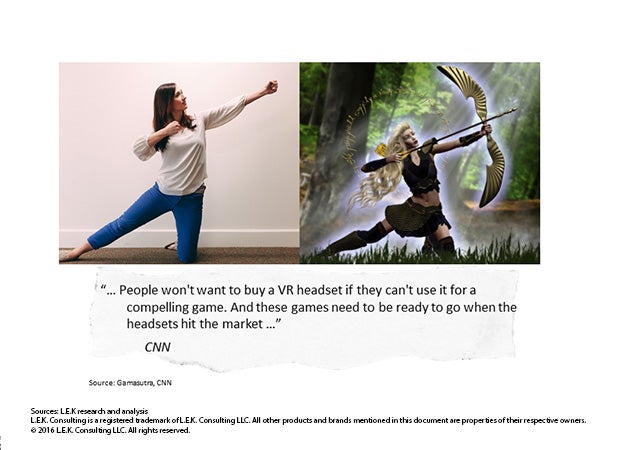 The second area of content is sports. And although sports propelled HD implementation, sports is not an automatic win for VR, as some might think, as it does not have unlimited “powers.” Remember, many people thought that sports programming would drive the adoption of 3D TV sets, and that adoption never happened. Why not?

One major reason was that viewing with (3D) glasses is inconvenient and dorky. Another big reason was that watching sports in HD today provides incredible quality — there is “nothing broken” with today’s HD format that merits the quick adoption of a new 3D format.

However, if VR sports programming brings a higher and better value offering, it is clear that sports fans are willing to watch. Current market research indicates that many fans would pay for “sitting” court side next to Jack Nicholson at a Lakers game in an immersive 3D viewing world for a $60 pay-per-view “ticket.” 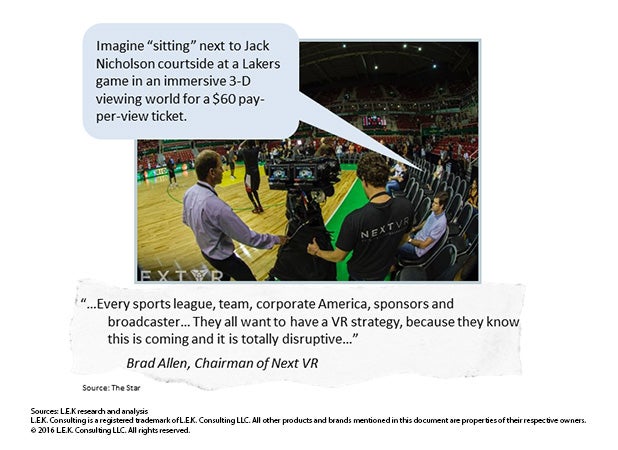 In these types of formats, sports programming is primed for VR adoption for three compelling reasons:

Third on our list of content types that will drive VR is movie trailers and content promotion. Major movie studios spend a lot to market films (close to half a billion dollars for each studio each year!), and all of them are already gearing up to produce VR trailers to promote their biggest action films. Senior movie executives predict that every big tentpole release will have a VR trailer in the near future.

Lionsgate has already shown its appetite for VR advertising promotions by partnering with Samsung and investing in “Shatter Reality,” a virtual reality experience aligned with the film “Insurgent.” In “Shatter Reality,” viewers are immersed in the role of “Divergent” members of society and must undergo a series of VR mental simulations (regular smartphone users without Samsung VR glasses can download “Insurgent VR” in the app store for a taste of the full “Shatter Reality” experience). 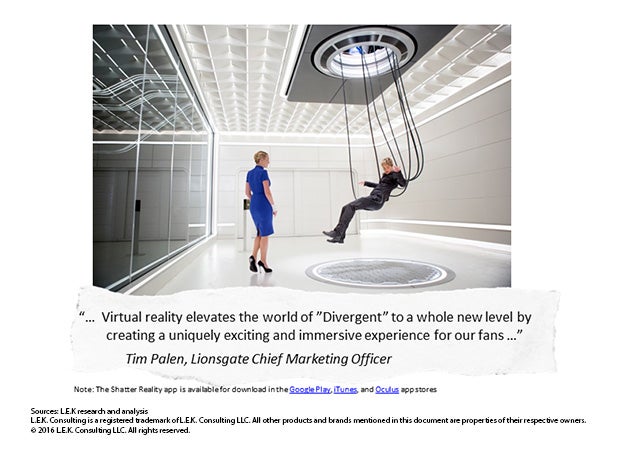 Finally, the fourth bucket of content that can “move the needle” for VR’s gain in popularity is 3D animation for kids. Imagine being able to move within a film! With cartoon animation repurposed for virtual reality, this is possible. Bruce Timm, creator of “Batman: The Animated Series,” created the Batcave from the show’s original 1992 designs. Fans are able to view the Batcave through VR devices, including Samsung Gear VR and Oculus Rift. 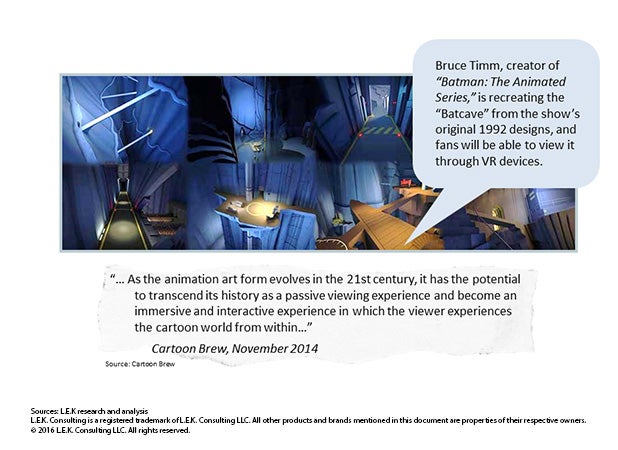 Rather than developing expensive new content that is labeled as being “special for VR,” animators can use pre-existing 3D renderings. In other words, a studio making a 3D animated movie for kids can take the 3D models developed for the feature film and then repurpose that existing content for VR. For the parents and kids among us, imagine letting children walk through the world of “Frozen” or stand next to Elsa and the crew!

Even with the multiple options for content and the potential of VR, some questions remain about the business model, the format war, VR nausea and a variety of other interesting dynamics that we will tackle in the weeks ahead.

This is Part 2 in a series on virtual reality trends by Dan Schechter, Gil Moran and Francesco Di Ianni from L.E.K. Consulting’s Media & Entertainment consulting practice.