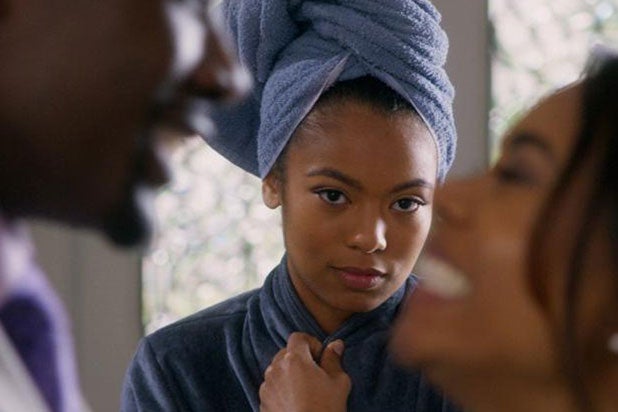 The storyline for Screen Gems’ “When the Bough Breaks” may sound familiar to you, and that’s because it is — but movies like this one keep getting made for a simple reason.

It’s simple: These films are profitable, and they are a guilty pleasure.

Also Read: 'When the Bough Breaks' Review: Hide the Pets, It's Another 'Fatal Attraction' Ripoff

“Summer is too competitive with the tentpole movies making huge spends,” an individual from the studio told TheWrap. “In September, you can break through the clutter.”

Even Beyonce Knowles‘ “Obsessed,” though it didn’t open in September, falls into this category. Its budget was $20 million and it made $28.6 million during opening weekend — $73.8 million worldwide.

And all these movies have a mostly all African-American cast, and follow a similar storyline: Man or woman becomes dangerously obsessed with the opposite sex whether they are married or not, and all hell breaks loose.

“When the Bough Breaks” is about a surrogate mom (Jaz Sinclair) that becomes — yet again — dangerously obsessed with the soon-to-be father (Chestnut). And it’s looking to double its budget this weekend with an estimated opening gross of $20 million.

“These films are a genre unto themselves — a guilty pleasure thriller, romantic thriller, I don’t know what they are,” said Paul Dergarabedian, senior analyst at comScore. “The lack of categorization makes it so fun. They have developed a strong niche among audiences and there is this void that’s been filled with these love-gone-wrong movies where love doesn’t just go wrong, it goes really ugly.”

“It’s a great opportunity to go to the theater and let our hair down and scream and do it together,” added the studio source. “These movies have an element of ‘Be careful what you wish for’ — they are all cautionary tales.”

And while similar films like “Fatal Attraction” and “The Hand That Rocks the Cradle” were comprised of a white cast back in the day, says Dergarabedian, “the studios updated the genre for today’s audiences and make a lot of money. These films also tend to do really well on home video — they are guilty pleasures.”

An industry source close to the production of the film agreed.

“The basis behind this is pure and simple: There are 35 million to 45 million African-American people in the United States that see images of themselves in these films,” he said. “When you see a film with your favorite movie stars, or people that you relate to, you want to go to the theater.”