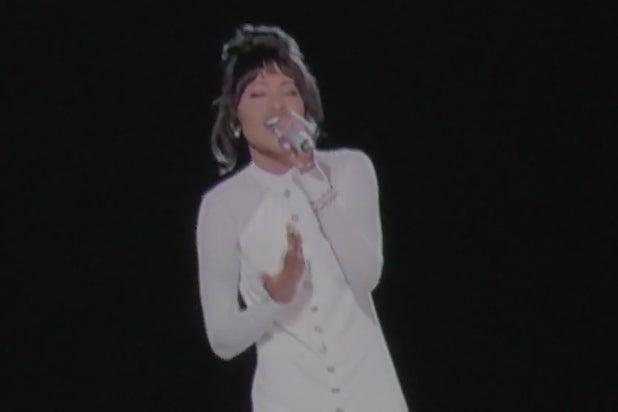 Whitney Houston‘s family have released a statement regarding why it spiked the hologram performance of the late singer that was scheduled to run during Monday’s season finale of NBC reality hit “The Voice.”

“Whitney’s legacy and her devoted fans deserve perfection. After closely viewing the performance, we decided the hologram was not ready to air,” read the statement posted on her official website.

NBC’s “The Voice” was preparing to air a hologram of Houston performing a duet with judge Christina Aguilera during its season finale, but the late singer’s estate put on the breaks.

A younger version of Houston then appears via hologram, and the two sing the songs together, with Houston even going through a costume change before the medley ends on a rousing rendition of “I’m Every Woman.”

Last fall, the Houston estate announced plans to develop a hologram of the singer with Greek billionaire Alki David’s Hologram USA with plans for FilmOn Studios to create and distribute a virtual concert show to tour worldwide.

See the full statement from the Houston estate below.

“We are so appreciative of the opportunity for the Whitney Houston hologram to appear on NBC’s The Voice with a talent pairing as extraordinary as Christina Aguilera and Whitney Houston. We were looking to deliver a groundbreaking duet performance for the fans of both artists. Holograms are new technology that take time to perfect, and we believe with artists of this iconic caliber, it must be perfect. Whitney’s legacy and her devoted fans deserve perfection. After closely viewing the performance, we decided the hologram was not ready to air. We appreciate Christina, and she was flawless.”