In his recent interview on Bravo’s "Inside the Actors Studio," James Cameron made the observation that over the course of its development, “Avatar” became a chick flick.

This seemed like an odd thing to say, and in saying it, Cameron implicitly raises the question of what defines a “chick flick,” what the term has come to mean in today’s filmmaking industry — and why, all of a sudden, it’s a desirable thing for a film to be.

Cameron elaborated by explaining that Jake Sully has a strong relationship with the maternal figures in his life, and that even the energy of life and nature is considered female. 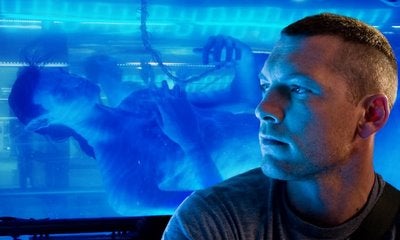 Beyond that, and despite its primary themes of advanced technology and war (standard for the genre), “Avatar” also contains themes of self-reflection, respect for nature and, of course, romance. Those looking for something other than violence or mindless action from their movies will find it here, making it a film that can appeal equally to both men and women.

But that is not what the term “chick flick” has come to symbolize in recent years. When a movie is labeled a chick flick by the media and audience, what comes to mind isn’t a movie with female-friendly elements threaded into it, but rather a movie that is unique in that it only appeals to women.

There is no such thing, really, as a dick flick. Women will go see movies that guys go see, even when the cast is entirely male, but conventional wisdom states that the opposite is not true. A man who goes to see “When in Rome” goes for one reason only: His wife or girlfriend dragged him against his will.

Perhaps he was making the veiled implication that “chick flick” is an unhelpful, dated and patronizing term, which it is. By stating that “Avatar” is a chick flick, he renders the term meaningless. You might as well cancel the “chick” part out altogether and simply think of it as a flick — acknowledging that both male and female moviegoers alike can enjoy romance, action and drama in equal measure.

What I found curious is that, whatever his meaning, Cameron bothered to make the statement in the first place. Why would he care one iota whether “Avatar” is classified as a chick flick by anyone?

One reason may be because chick flicks have had powerful clout at the box office in recent months, and suddenly something that was looked at as inherently limiting for a film’s appeal just a few short years ago is now a desirable aspect for a film to have.

“Valentine’s Day” has grossed $100 million. “Dear John” knocked “Avatar” off its No. 1 perch. “Twilight” has launched a thousand new careers. Chick flicks are no longer silly — they are powerful. To identify as one can be a shrewd move.

It’s likely that Cameron wasn’t consciously thinking any of this when he made the off-handed remark that “Avatar” started out as a guy’s movie and morphed into a chick flick as the process went along. He might have just been going for a laugh.

Nevertheless, Cameron is a savvy self-promoter; he’s not going to make a comparison that would place his movie in an unfavorable light. I can’t imagine him having said, instead, “’Avatar’ started out as a guy’s movie, but eventually it turned into Dada-esque absurdism with no discernible structure.”

Whether you buy into the idea that some movies are inherently guy-repellent “chick flicks” or rather believe that individual movies simply tend to appeal more to one demographic than another, it’s undeniable that the term has taken on a new, and more respectable, significance.

Perhaps this is evidence of Hollywood taking brave new steps to reach out to a demographic longing for something better than the endless cinematic loop of women searching for Mr. Right.

BIO Amanda Sloane Murray
Amanda Sloane Murray is a Los Angeles-based script consultant and former studio executive. She runs an online script coverage business, ScriptBird, reviews television for IGN and blogs for PhotoCine News. She enjoys writing about the entertainment industry from a female perspective, which she believes it sorely lacks.

Amanda Sloane Murray is a Los Angeles-based script consultant and former studio executive. She runs an online script coverage business, ScriptBird, reviews television for IGN and blogs for PhotoCine News. She enjoys writing about the entertainment industry from a female perspective, which she believes it sorely lacks.
x
Looks like you're enjoying reading